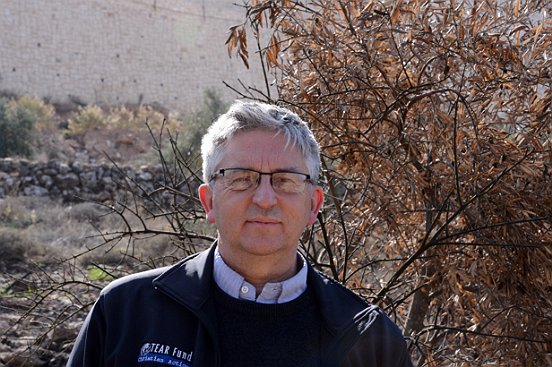 One of the first and most perceptive challenges to the outrageous incitement of Muslims by those behind the film “Innocence of Muslims”, comes from a fellow evangelical pastor and film maker, Steve Martin. On his blog The New Evangelical Partnership for the Common Good, he writes,

“I have no sympathy for anyone who would assassinate a US ambassador. But I have even less sympathy for filmmakers who spread hatred and for pastors who knowingly incite violence.”

“Which is the true story of America? Is it that of hatred that stokes violence, or of friends who join hands across religious lines to work for the good of all? Those who attacked Amb. Stevens, thanks to sociopaths like Terry Jones and filmmaker Sam Bacile, believe we are a violent people bent on domination. Sadly, there is some truth to that perception. But through the example of Rev. Schenck and others who have so effectively bridged the gap that often exists between persons of different religious views, I believe that goodness and love is the true story of America, and certainly of the Evangelical community. Goodness and love, however, rarely make good news. It’s time that they do.”

Martin concludes, “Sam Bacile and Terry Jones must be stopped. Evangelicals are the ones who can stop them.” Can and must because silence is complicity.

According to Christianity Today, the World Evangelical Alliance has also condemned the video.

“We completely denounce the practice of Insulting and slandering adherents of other religions or their founders. Such inflammatory statements invariably arouse suspicion and confusion”, says secretary general Geoff Tunnicliffe. “We stand shoulder to shoulder with our Christian brothers and sisters in countries with Muslim majority populations in condemning both the video and the violence that has followed its publication.

One of the least helpful and most cynical responses to the tragedy, allegedly from a Christian perspective, appears on the anonymous Cranmer blog, “Innocence of Muslims” film Inflames Islamic paranoia

“The US film Innocence of Muslims ought to be banned. Not because it mocks Islam and insults Mohammed, but because it looks absolutely dire. The reported budget was $5m, but His Grace could have made it for a fiver: the acting is sub-Neighbours; the screenplay crass and amateurish. It has all the appearance of a Monty Python sketch, minus the brilliant satire and comedic genius of true creative artistry.”

Cranmer admits later that his review was written without actually having watched the film but that seems irrelevant when you have an agenda.

Perhaps those who participated in the film can speak with more conviction. According to CNN, a statement released on the behalf of the 80 cast and crew members of “Innocence of Muslims,” indicates that they are not happy with the film and were misled by the producer.

“The entire cast and crew are extremely upset and feel taken advantage of by the producer. We are 100% not behind this film and were grossly misled about its intent and purpose,” the statement says. “We are shocked by the drastic re-writes of the script and lies that were told to all involved. We are deeply saddened by the tragedies that have occurred.”

Sabeel in Jerusalem offered this response:

“We pray that all people of goodwill around the world will be aware that there are forces of evil at work to create tension and enmity between the different religious communities.

“Sabeel Ecumenical Liberation Theology Center in Jerusalem, together with Friends of Sabeel around the world strongly condemn the intentionally provocative film and its denigrating portrayal of the Prophet Muhammad. We categorically reject such vehicles as instruments of division and demonization.

“We pray for calm and a cessation of violence in the wake of the reaction to this unfortunate film, and ask that potentially incendiary situations across the Middle East and Islamic world might be transformed into opportunities for respect of persons, whatever their religion or creed.

“We reject all forms of violence, including verbal and other abusive reactions that will only inflame additional cycles of violence. We pray for the families of the US Ambassador and all those killed in Libya, whether their senseless death was provoked by the film or for political reasons.

“May the God of peace bless the peace-makers throughout the region, that their efforts will be multiplied a hundred-fold.”

Revd. Stephen Sizer is an Anglican Vicar, Writer, Freelance Photographer and Peace Activist based in the UK.  This article first appeared on Revd Sizer’s blog on 13 September 2012