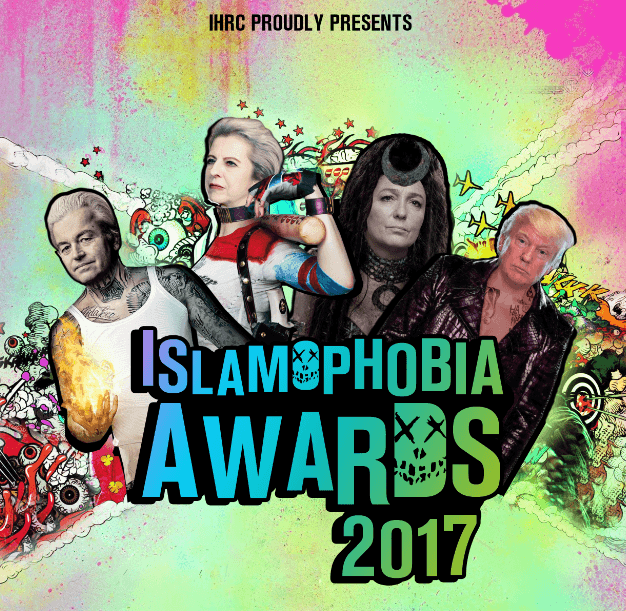 WHERE: Watch LIVE on IHRC.TV

IHRC’s Islamophobia Awards are back and in 2017! Our awards show is a satirical event that aims to raise awareness of Islamophobia while poking fun at those who have outrageously displayed their prejudice for all to see over the past year. Real awards are also given to those who have battled against Islamophobia – often against tremendous odds.

Who are this year’s nominees? And how can you vote for them? Click here to find out!