Stand Up To Racism 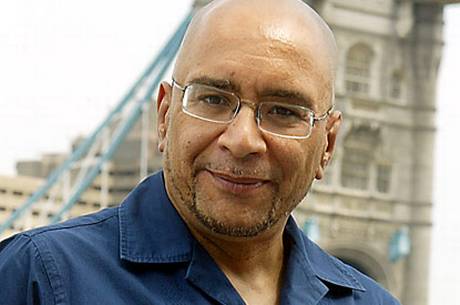 Hear me when I say Trevor Phillips doesn’t speak for Black Britain. The recent controversy generated around his recent Channel 4 ‘documentary’, Things We Won’t Say About Race That Are True should be viewed as nothing more than a crude attempt to legitimize racism and racist sentiment.

Phillips told us “Campaigners like me sincerely believed that if we could prevent people expressing prejudiced thoughts, they’d stop thinking them,” says Phillips. He now says he’s “utterly wrong” in holding such views.

The only voice of sanity was Simon Wooley who firmly but politely resisted Phillips entreaties to say stereotypes were true and that reluctance to say talk about them makes things worse. Simon told Phillips to be ‘ smart’ which in polite circles can be translated as don’t be stupid.

The rise of the right in the UK and across Europe tells a different story and suggests no such reluctance to articulate, accommodate and promote racism. If as he suggests, both multiculturalism and anti racism campaigning are the causes of this rise then Phillips it seems to me has matured into a fully fledged apologist for racism.

Any objective analysis of the state of racism in the UK and Europe must include recognition that Black, Muslim, migrant and minority communities are under siege. We have become the politically convenient scapegoats for an economic crisis the responsibility for which rests with fraudulent bankers and venal politicians.

All over Europe xenophobia, racism, Islamaphobia dominate the political discourse and media. Here in the UK racist and religious attacks are on the rise, the politics of fear and hatred in the ascendency.

Police racism has returned to the subterranean levels of the 1980’s with programs like the Governments PREVENT programme aggressively targeting and alienating the Muslim community. Black youth, alongside black women have seen huge rises in unemployment. Since 2011 institutional racism in the criminal justice system has increased as black youth face hugely disproportionate sentences.

Everything from the economy, to stop and search, deaths in custody onto the new SUS law, Joint Enterprise, the rancid debate on immigration exposes Phillips political perspective on race, racism and its causes as deeply flawed. His perspective reinforces rather than challenges racist stereotypes and lays the blame for the effects of racism firmly at the door of the victims.

It was Phillips whilst a member of the Greater London Assembly in an interview in the Times newspaper that called for the Labour government of the day to reject its support for multiculturalism, claiming it was out of date, and legitimised “separateness” between communities and instead should “assert a core of Britishness”

In 2005 in the immediate aftermath of terrorist attacks on London he stated that Britain was ‘sleep walking into segregation’ He warned some areas could become “fully-fledged ghettos”, with racial divisions approaching those seen in parts of the US.

These areas would be “black holes into which no-one goes without fear or trepidation and from which no-one ever escapes undamaged”.

He was forced to apologise after it was pointed out he had misinterpreted research data (http://news.bbc.co.uk/1/hi/uk/5297760.stm)

In 2006 attacked Notting Hill Carnival description of the event as ‘a celebration of multiculturalism’ (http://news.bbc.co.uk/1/hi/uk_politics/5301498.stm)

I vigorously opposed his appointment as Chair of CRE and the ECHR at the time. I warned that Phillips was a career opportunist, a great documentary film journalist, whose political naivety would see an increase in racism. Today as we witness Phillips lauded for his ‘ brave stance’ by the Sun commentator, Richard Littlejohn, the Daily Telegraph and the Mail there can be no doubt as to his credentials as a black apologist for racism.

More recently Phillips distinguished himself as the only black member of the Board of Directors of the Barbican, when he gave the green light and defended South African artist Brett Baileys ‘Human Zoo’ that depicted black people in chains and bondage.

Part of the history of the long struggle against racism is the unsavory tradition within British black communities of allowing oneself to be used to articulate the things white wing racists think and would like to say about race but do not themselves dare to say themselves.

It’s a long and ignoble tradition that has deep roots in our community. This tradition stretches way back to the initial period of British colonial expansion where those that were prepared to defend the British Empire were paid handsomely with privilege, power and money.

During the period of African enslavement the concept of the House Slave and the Field Slave became a real and significant dividing line between enslaved Africans. House slaves were servile and grateful to the master whilst the field slaves were plotting to kill the master any way they could.

In the Apartheid South Africa of the 1980s, African were appointed Chiefs of their own Bantustan and accorded client state status . This enabled these so called homelands to establish themselves as supposedly ‘self-governing, quasi-independent whilst remaining under the full control of the Apartheid state.

These old traditions still find resonance today and the lineage from the hand wringing House slave and the modern day apologist for contemporary racism is one that can be discerned in modern day politics and discussions about race.

Britain was expert in adopting the strategy of ‘ divide and rule’ could always rely on a black man and it was almost always black men to provide legitimacy for their racism.

In modern times I was recall cringing when I heard the 1970s black comedian Charlie Williams who would regularly use the words coons and Pakis’ in his act. He later went on to tour Rhodesia, modern day Zimbabwe, whilst under white minority rule.

The fact is racism is modern day Britain has made a comeback in recent years. The notion that Britain has now become a ‘post racist society’ a view whose antecedents can be traced back to Phillips tenure at the now defunct and much lamented Commission for Race Equality.

Despite the rise in racist hate crime such murders rarely make national news in ‘post racist Britain’. Take the case of17 year old Alex Peguero Sosa, a young black boy brutally murdered just like Stephen Lawrence. Alex was murdered in Plymouth in July 2015; He was stabbed in the neck with a broken bottle, whilst waiting at a taxi rank. His killer 42-year-old white man Lee Dent is reported as saying’ The nigger deserved it’.

Two months earlier in May 2014 in Liverpool a black pastor and his son’s were brutally beaten by a racist mob in front of his 14-year-old daughter, by five young racists armed with a fence panel with nails protruding from it, a baseball bat and machete, http://www.liverpoolecho.co.uk/…/liverpool-racist-attack-ga…

Or take the case of the racist thug who brutally attacked a Nigerian man in Wales or a white youth in Wales who in January this year shouted ‘White Power’ as he chased and stabbed an Asian man in the neck with a knife (http://www.mirror.co.uk/news/uk-news/mold-tesco-racist-attack-asian-4979810)

Or take this case as a white youth screamed the words, “you f*****g foreigners, coming to the UK to poison the British people,” before thrusting a blade into the neck of Paddington shop worker Hilmi Uludag (http://www.independent.co.uk/news/uk/crime/cctv-footage-shows-paddington-shop-keeper-stabbed-in-the-neck-by-racist-thug-10102865.html)

Islamophobia has reached unprecedented proportions. Religious attacks on Mosques and harassment of Muslim women particularly those in Hijabs have gone through the roof. Take the case of Nahid Almanea, 31, a student wearing a Hijab who was knifed to death in Colchester last year, or the Chinese woman and baby racially targeted and lucky to escape in racist fire bombing in a loyalist area of Belfast (http://www.u.tv/News/Mother-and-baby-targeted-in-racist-attack/02ab6100-814d-4048-b2c1-3a75e502e2ac)

This year we learned that Black youth unemployment has risen by 50% since 2010. We know that black unemployment among women is the highest it’s ever been and we have more British Black men in jail than in university.

So no Trevor these are not imagined slights, or self inflicted wounds nor is the rise of the right a consequence of ‘political correctness or anti racism campaigners.

The rise in racism can at be attributed first and foremost to the amplification of racism and racist scapegoating refracted through the the lens of austerity, that has targeted minority communities and your personal political naivety, narcissistic personality and desperate need to be the darling of the right wing media in your role as chief apologist for British racism.

Thats why its now so important that we make our voices heard and ensure a huge turnout at the march against racism on Saturday 21st March. Join us and Stand Up To Racism.