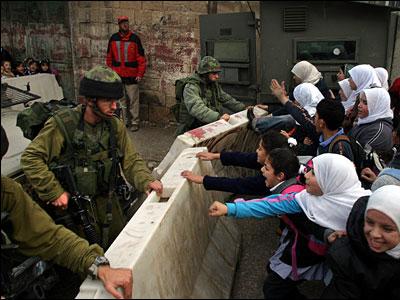 In a scurrilous report on September 25th (SOAS professor calls Israel a “Western virus”) Lee Harpin claims that to criticise Israel is antisemitic, which is total nonsense. All states are open to criticism and such claims have not been made in the case of any other state. By calling our criticism of Israel’s illegal and immoral behaviour antisemitic, you are using hate speech against us, rather than helping to search for a solution to the conflict.

The speakers in the event you reported on included Jews, Christians and Muslims, as well as atheists. Coming together to discuss the continued illegal oppression and occupation of Palestine by Israel is necessary, justified and urgent after 72 years of illegal actions and alleged war crimes by the Israeli regime.

The continuation of this denial of rights for Palestinians cannot be allowed to prevail, and this denial was normalised by the British Mandate authorities for three decades. This was further exacerbated by uncritical support extended to Israel by UK governments for the continued illegal occupation and by arming Israel and assisting its murderous attacks in Gaza and elsewhere.

Instead of your message of division and conflict, we call on the UK public to consider a different, common attitude towards the colonial conflict in Palestine. In the spirit of historical partnerships and collaborative arrangements between the three monotheistic religions, where coexistence was the preferred modus vivendi, we call on the British public and government to face their historical responsibilities for the situation in Palestine, and press for a just and secure peace, the end of Zionist occupation and colonial settlement and oppression, the termination of Apartheid, and equality for all citizens. A secular, democratic state in the whole of Palestine, one which honours UN resolutions and rights of refugees enshrined in them, would bring a long term, equitable, just peace to this most intractable of colonial conflicts.

If the conflict in Ireland could be ended, so can the one in Palestine, but to do so needs an objective British position, an admission of responsibility, something which has been conspicuous by its absence absence in the period since the beginning of British control of Palestine.