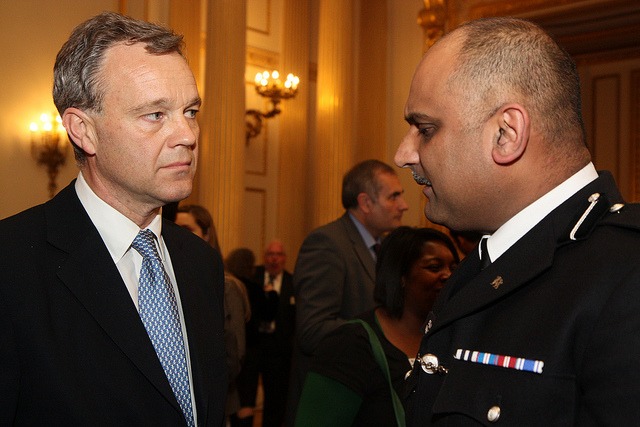 I am writing to express my concerns about the deeply troubling comments made by Commander Mak Chisty, to the Guardian in an article published this weekend.

In the article Commander Chishty states that there was now a need to “move into the private space” of Muslims to tackle extremism and thatÂÂ  “We need to now be less precious about the private space. This is not about us invading private thoughts, but acknowledging that it is in these private spaces where this [extremism] first germinates.”

He then goes on to provide examples of things that in his opinion indicate extremism, from Muslim children considering Christmas to be “haram”, to individuals criticising and boycotting Marks and Spencer. He then ties up his convoluted thinking by raising the spectre of ISIS and global terrorism. He seems to make no real distinction between legitimate religious and political opinions (like Muslims avoiding the Christian festival of Christmas) and support for groups that commit mass murder. They are, in his opinion, all part of the ever-shifting meaning of extremism.

When he discusses signs of radicalisation he talks about people boycotting Marks & Spencer because they mistakenly perceive it “to be Jewish-owned”. Islamic Human Rights Commission has been calling for the boycott of Marks and Spencer for a number of years due to its support for the state of Israel and by extension the war crimes Israel has committed against the Palestinian people. The BDS movement is an international movement that seeks to put pressure on Israel through economic pressure and the Marks and Spencer boycott is part of that movement. Yet commander Chishty believes that Muslim support for the BDS movement, particularly targeting Marks and Spencer stems from anti-semitism and is a sign of radicalisation. The invasion of our private space would mean Muslims are no longer allowed to take part in legitimate political activities. It is shocking to see the head of community engagement for the Metropolitan police effectively criminalise legitimate religious and political views / activities by describing them as extremist.

It is also alarming that a senior member of the Metropolitan Police should hold views that effectively allow for the civil liberties of a whole community to be stripped away. Taken to its logical conclusion, Commander Chishty’s view would mean that Muslims no longer have a right to a private space. Private space is defined by commander Chishty as: “It’s anything from walking down the road, looking at a mobile, to someone in a bedroom surfing the net, to someone in a shisha cafe talking about things.” Commander Chishty seems to believe all conversations, all forums are to be monitored. He believes the entirety of the Muslim community poses a grave threat and as a result its members no longer enjoy a right to a private life.

At a time when the Muslim community feels that it is being unfairly targeted by the government and the police, Commander Chishty as head of community engagement for the Metropolitan Police should be more careful about what he says. How does the Metropolitan Police expect to effectively engage with the Muslim community if senior police officers call for a state in which legitimate religious and political opinions can be criminalised by labelling them extremist and thereby controlling peoples thoughts and beliefs, a state in which a person is constantly monitored, whether by the state or by his fellow citizens due to the pressures applied by the state – in short a police state.

Commander Chishty’s comments display a woeful ignorance of the views and opinions held by Muslims, a lack of understanding of how the Muslim community feels in the current political climate, and complete disregard for the civil liberties of the Muslim community. Either Commander Chishty holds these views in his personal capacity in which case he is not fit to hold his office as he clearly lacks a basic understanding of the communities he is supposed to engage with. Alternatively, Commander Chishty’s comments represents the Met’s policing strategy, in which case I would urge you to rethink your strategy on how best to engage with the Muslim community. You should seek to engage with the community as it is rather than seeking to mould its opinions and practices. It is your job to protect the citizens of this country, not to engage in social engineering. The police should avoid getting sucked in to the increasingly divisive rhetoric of the Tory government and seek to engage with all communities, as equal citizens of this country. Silencing Muslims, controlling their opinions, curbing their civil liberties and criminalising the whole community will not eradicate extremism. It will only disenfranchise and alienate the whole community.