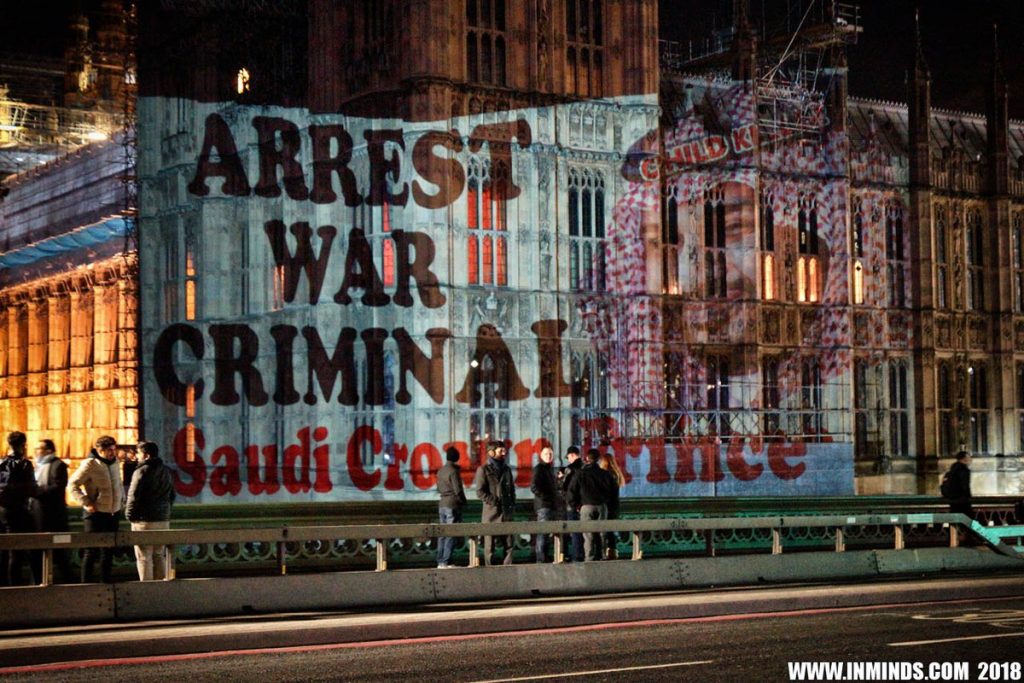 Re: Planned visit to Saudi Arabia

The execution of 81 prisoners by Saudi Arabia on March 12 is a timely reminder why you should call off your planned visit to the kingdom this week.

Human rights groups the world over have been unanimous in their condemnation of the killings which included political activists, children and members of the country’s Shia minority.

This was the largest group execution in the country’s history and typifies the rule of Crown Prince Mohammed bin Salman, the de facto ruler of Saudi Arabia who brooks no opposition to his authoritarian regime.

The prince has been responsible for arresting scores of high-profile clerics, analysts, businessmen and princes, as well as women’s rights activists who claim they were tortured after being accused of having “suspicious contact” with foreign entities.

According to numerous human rights groups, many have been put to death after judicial cases marred by violations of due process.

You will also not have forgotten that Mohammed Bin Salman is accused of ordering the murder of the dissident Saudi journalist Jamal Khashoggi in 2018 in Istanbul, Turkey. We will spare recounting the gruesome details of that murder, blamed on bin Salman by none other than the CIA.

The crown prince is also the architect of Saudi Arabia’s Yemen policy which has seen the country lead a coalition against one of the parties in the impoverished country’s civil war that erupted in 2015.

Failing to secure the quick victory that he sought, Saudi forces have relentlessly attacked hospitals, schools, and neighbourhoods causing untold loss of life and destruction

An estimated 400,000 people have died directly or indirectly due to the war in Yemen, with Saudi forces responsible for carrying out atrocities against civilians including 70 deaths caused by warplanes bombing a prison in Saada in January this year.

In 2021, UNICEF forecast that nearly 2.3 million children under the age of five would suffer from acute malnutrition that year, the highest recorded in Yemen since war broke out.

The Saudi invasion of Yemen and the abuses of its forces there are as much a violation of civilised norms than the Russian invasion of Ukraine. Yet instead of punishing the country with sanctions you have continued to supply Riyadh with weapons that it uses to silence dissent and opposition at home as well as abroad.

It is also evident that our continued support for Saudi Arabia and other tyrannical regimes encourages them to carry on committing human rights abuses. Instead of indulging their excesses and letting them get away with murder (literally) we should be working to ensure they strive to uphold the universal values we claim to profess.

In the light of the sanctions applied to Russia over its invasion of Ukraine, should your visit to Saudi Arabia go ahead it will be viewed as the supine act of hypocrisy and tarnish this country’s international reputation.

On the other hand, cancelling your trip will send the long overdue message that we are no longer comfortable doing business as usual with someone with so much blood on his hands and no longer prepared to stand by and watch him tear up the human rights rule book.

In the interests of the people of Saudi Arabia, the people of the Middle East and our own nation we strongly urge you to call off your visit.