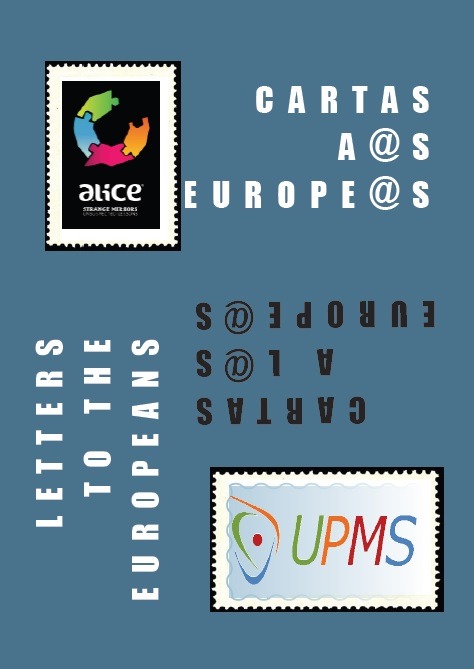 IHRC was privileged to take part in the project Letters to Europeans.  The project came from a  proposal which was launched by Boaventura de Sousa Santos within the ALICE project as part of its objective of rethinking and renewing scientific-social knowledge on the basis of forms of knowledge and experiences of the world that have been marginalised and rendered invisible by hegemonic thinking. The idea began to take shape in July 2012 and in September of the same year we began sending invitations to social movements and organisations in Europe fighting against social exclusion caused by colonialism, capitalism, sexism and other forms of discrimination, asking them to write a letter to Europeans (political leaders, parties, religious leaders, universities, trade unions, social movements or citizens in general) and share the messages and reflections they inspired.

Five centuries of colonialism have left a very strong legacy of Eurocentrism and made Europe largely incapable of learning from a world that it has repeatedly classified as inferior. The end of political colonialism has not meant the end of this classification. The key question in the invitation was “If Europe could learn from the experiences of the world, which specific lessons would be most useful for it?” The movements that accepted the challenge chose who they wanted to write to and the themes they wanted to address.

These letters were the theme of two workshops given by the Popular University of Social Movements. The first was held in Leiria, Portugal, on 23rd and 24th February and the second in Madrid, Spain, on 15th and 16th June. The UPMS starts from the premise of mutual ignorance and is based on the idea of the “ecology of knowledges“ and the shared production of knowledge. In breaking down the teacher/learner barrier, learning emerges from horizontal debates between activists, leaders of social movements, social scientists, intellectuals and artists. Some Letters to Europeans were therefore requested from academics who took part, or will take part, in these workshops. After each workshop, the participants are invited to send us a final version of the letters, which may or may not have been changed on the basis of discussions that have taken place or new reflections.

In addition to the UPMS records, such as reports of the proceedings or videos of the workshops, we are publishing a compilation of the various Letters to Europeans, as written by the original authors, with the aim of disseminating alterative proposals and ideas. You could click on the right image above in order to see the first volume of the series “Letters to the Europeans”.

As the invitation states, “Gathering together examples of experiences, suffering and resistance, criticism and suggestions for possible and necessary learning will enable us to identify, discuss and systematise the knowledge that Europe and Europeans lack, and will contribute towards creating an alternative way of thinking about alternatives, or the notion that alternative views will enable us to perceive other alternatives, thus broadening the possibilities for transformatory political action”.