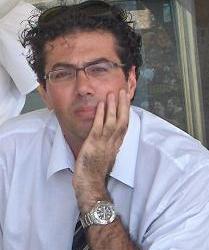 Palestinian observer Rashad Abu Shawar commented (as cited in Israeli Jerusalem Post, July 20): “The flames are quickly approaching Yarmouk (as) someone is trying to drag the Palestinians into the fire.”

Yarmouk is the largest Palestinian refugee camp in Syria. Its inhabitants make up nearly a quarter of Syria’s entire refugee population of nearly 500,000. Despite the persistence of memory and the insistence on their right of return to Palestine, the Palestinian community in Syria is, on the whole, like any other ordinary community.
Of course, “ordinariness” is not always a term that suits unfortunate Palestinian refugees in Arab countries. Ghassan Kanafani, a renowned Palestinian novelist, once wrote: “Oh, Palestinians, be warned of natural death.” He proudly articulated how his people are prepared for all possibilities.Kanafani himself was murdered, along with his niece, in a car bombing orchestrated by the Israeli Mossad in Beirut in July 1972.

Palestinian refugees in Syria also cannot expect to exist outside a paradigm of danger and unpredictability. Their brethren in Lebanon learned the same lesson years ago. Palestinians in Kuwait were also victimized on a large scale in 1991, along with other communities accused of being sympathetic to Saddam Hussein. True to form, the small Palestinian community in Iraq also received its share of maltreatment following the US invasion in 2003.

This is not to say that the Palestinian community has been the only one to suffer during times of war. But due to their lack of options, the state of Palestinian refugees is often the most perilous and desperate. They are stateless. Most Arab countries intentionally grant them precarious legal status under various guises to keep them contained and easily controlled. The problem is compounded, however, by wars which fuel mass exodus. Stateless refugees are always stranded, leaving them vulnerable to perpetual suffering and abuse.

Before 2003, a small community of 35,000 Palestinians resided in Iraq. They were hardly ever associated with political controversy. When the US invaded, however, they became an easy target for various militias, US forces and criminal gangs. Many were killed. Others ran in circles seeking safe haven elsewhere in Iraq, to no avail, and thousands found themselves stranded in refugee camps at the Jordanian and Syrian borders. Their number now stands at nearly 7,000. Their tragedy highlighted how the Palestinian refugee problem was as real and urgent as ever. The plight of Palestinians also shamed the Arabs, who never ceased to declare verbal wars on Israel, yet failed to host fleeing refugees. Even Palestinian factions, busy with their own infighting, offered only safe pitiful statements of support.

The situation in Syria promises to be even worse. Historically, there has been bad blood between Syria and some Palestinian factions, including Fatah, the party dominating the PLO, and also the Ramallah-based Palestinian Authority (PA). While Damascus played host to various Palestinian leftist factions throughout the years, Hamas didn’t relocate to Damascus until its breakup with Jordan.

In recent months, Hamas quietly vacated its offices from Damascus. It was impossible for the Islamic movement to function in a situation where it was firmly pressed to take sides. Its attempt to reach an acceptable middle ground — supporting the Syrian people but warning against foreign attempts to weaken Syria — fell on deaf ears. Some Arab governments insisted on pressurizing Hamas officials to reach a conclusive decision regarding a conflict not of their own making — and eventually forcing them to part ways with Syria.

The political discourse regarding Syria has been the most polarizing of all narratives related to the so-called Arab Spring. Palestinians have been caught in that polarization. Al Jazeera has done a disservice to Palestinian refugees by insisting on contextualizing Palestinians as part of the larger Syria discourse. The television network knows well what happens to stateless, vulnerable Palestinians when conflicts end. Reporters had done a good job documenting the humiliation suffered by Palestinian in Iraq. Even if for purely humanitarian reasons, Arab media should try to neutralize Palestinian presence in the Syrian conflict.

Palestinians are already being targeted. Three hundred Palestinian deaths have been reported in Syria since the conflict began. The PA says it is in contact with Syrian authorities to ensure the safety of the large refugee population. Many of the killings are reportedly taking place in Yarmouk. Arab media opposing the government of Syria’s Bashar Assad are blaming Syrian security forces for the targeting of Palestinians. But other media are telling a different story.

“In the worst incident, 16 members of the Palestine Liberation Army, which is backed by the Syrian authorities, were killed after gunmen stopped their bus and kidnapped them,” reported Khaled Abu Toumeh in the Jerusalem Post on July 20. “The bodies of the Palestinians, whose throats had been slashed, were later discovered in an open field in the suburbs of Damascus.”

A statement issued on July 16 by the Free Syria Army joint command, and cited by AFP, called “pro-regime Palestinian leaders on Syrian soil…‘legitimate targets.’” Considering that cooperation between various PLO factions and Syria goes back decades, the call resembles a death note to numerous Palestinians in Syria. The Palestine Liberation Army, for once, has more or less served a symbolic role. It was barely involved in any military action, whether in or outside Syria. The heinous butchering of these men points to a decided attempt at punishing innocent Palestinians.

There is nothing worse than being a refugee on the run, except being a refugee on the run again and again, with a legal status of perpetual statelessness, and with no country in which to seek shelter. As for Arab media, they should know well that their insistence on representing Palestinians as a relevant party in the bloodshed in Syria equals to setting them up for a major disaster, to say the least.

First Published on arabnews.com by Ramzy Baroud; an internationally-syndicated columnist and the editor of PalestineChronicle.com