Mohamed Merah and I 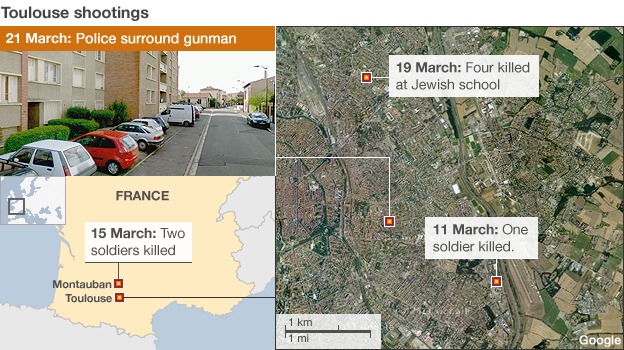 Salam to my brothers and sisters present here, friends and activists. I also salute the Group of Organizations of Bagnolet who made this meeting possible, particularly the local elected representatives who had the courage to resist to the considerable pressure.

I must conclude this meeting, and I wanted to say that there is a time before and a time after the tragedy of Toulouse Montauban. This conclusion that I’ve written in the name of the Printemps des quartiers1  would not have been the same if this tragedy hadn’t taken place. This conclusion, in this tormented present, will be the expression of my uneasiness, my distress, and my sadness, but also my hopes.

I have entitled it “Mohamed Merah and I.”

On the 13th of July 1998, I went to sleep as myself, and woke up as Zinedine Zidane. It was the day after the victory of the French national football team. And yet, I am not a football player.

On the 21st of march 2012, I went to bed as myself, and woke up as Mohamed Merah. And yet, I have never carried arms and have never shot anyone. The day when the identity of the perpetrator of the killings of Montauban and Toulouse was revealed, I said to myself “We’re in for it.” On top of that, a call from my cousin, then my uncle, then some old friends from high-school, then from activists from all sides. Most of those are Arab or Muslim men and women. And it went on all day. Panic on social networks. “We’re in deep shit!”

Why are we linked to Mohamed Merah, like the rope is connected to the hanged?

I cannot deny it. I cannot escape it. I cannot dig a hole to bury myself to wait it out. Mohamed Merah is me. The worst part is that it’s true. Like me, he is of Algerian background, like me he grew up in a poor district, and like me he is Muslim. Mohamed Merah is me. How old was he on 9/11? 12 years old. A child in the process of constructing himself. Since then, like me, he has been subjected to the incredible islamophobic political and media campaign that followed the attacks against the twin towers. Because Mohamed Merah, 12 years old, was already considered a Ben Laden. And vice versa. Almost certainly, at his school, a minute of silence was imposed for the victims of 9/11. Like me, his school never invited him to pay silent respect to the Rwandans, the Afghans, or the Palestinians. Like me, he was subjected to the destruction of the historical home of Mesopotamia and witnessed the massacre of Iraqis on live TV. Like me, he also witnessed the hanging of Saddam Hussein, on live TV, on the day of Eid el-Adha. Both of us, him and me, me and him, were subjected, powerless, to the second affair of the veil, and the exclusion and the humiliation of our sisters at school. We saw how the power system, with no sense of shame, has transformed a fundamental principle of the republic, secularism, into a weapon against us. We went through the bombing of Gaza, and also the popular uprisings of 2005, following the deaths of Zied and Bouna. Like me, he knew that some Jews, and I stress SOME Jews, young like him, French like him, can take a plane to Tel-Aviv, put on the Israeli army uniform, commit abuses on behalf of what Bernard Henri-Levy called “the most moral army in the world”, and then come back to France, all cool and unperturbed. Just like me, he knows he would be accused of anti-Semitism if he supports the colonised Palestinians, and of religious fundamentalism if he supports the right to wear a head-scarf.

Mohamed Merah is me, and I am him. We are both of the same background, but more importantly, of the same condition. We are post-colonial subjects. We are indigenous people of the republic.

That is what Mohamed Merah became guilty of, if his guilt is confirmed. Through his act, whether he was a lost young man or an agent of the DCRI2, he has taken the side of his own opponents. Of OUR opponents. Through his act, he takes hold of one of the major dimensions of our enemies: that which considers the Jews as a Zionist essence or even just as an essence. No Jew is born with Zionism in their blood, no white person is born with racism in their blood, no Arab, no Muslim, no Black person, is born with hate and vindictiveness in their blood. And this is precisely where our paths separate. And it’s precisely on that cross-roads that we affirm or refuse being fundamental Black people or fundamental Muslims. We cannot fight racism and become it ourselves, or in any case take up its form. What characterizes us is our determination to stay on the political terrain, and on the terrain of human dignity.

But this choice, of not giving in to barbarity, cannot be an isolated individual one. I cannot choose to be a fundamental Muslim all by myself. It is a collective organized choice. We have to save each other, and to protect each other. We also have to protect our children who are subjected to the extreme violence of the world that we live in, and who try to escape it, but find nothing better to do than to reproduce it in all its ugliness.

And if we did not know how to protect Mohamed Merah of himself, to better protect ourselves and protect society, it is also our fault. Thirty years of immigration struggles in France, and even more, did not succeed in constructing a political alternative, to give a positive direction to the rage and anger of those, of whom we are a part, who live the humiliation and the discriminations in the ghettos of France. Thirty years did not succeed in giving a political expression to our legitimate anger. We were not even capable of organizing ourselves after the urban riots of 2005. What will we do when the next revolts erupt, which alas will almost certainly happen.

When we launched Printemps des Quartiers, we already knew that the situation is grave. We already knew that not only would the political parties not take up their responsibilities, but also that they would behave like a sorcerer’s apprentice and play with fire. We already know that racism, discriminations, ethnicized police identity checks, and massive unemployment were all wreaking havoc in the minds of the victims of that social order. By organizing this dynamic, we wanted to take our responsibilities because there is a political desert that should be filled urgently. Civil peace has a price. No justice, no peace. Today, political pressures are exerted to stifle this timid breath. We are used to that. Heirs of the struggles of immigration and of the districts, we know that our attempts at organizing have been systematically destroyed by the central and local powers. Yes we are responsible, but not guilty. In the name of Printemps des Quartiers, I would like to express here our profound sadness to the families, the fathers and mothers of the victims, adults and children, of the horrific killings of Toulouse and Montauban and reiterate our condolences.

In the name of Printemps des Quartiers, I would also like that all of us gathered here tonight have a thought of solidarity with Mrs. Zoulikha Aziri, the mother of Mohamed Merah who is going through an unbearable ordeal. That of having lost her son in horrible circumstances, his body riddled with bullets. That of being thrown out to the raging mob for having given birth to a monster. The affront that the Algerian government has dealt her by refusing to allow her son to be buried on Algerian soil, the land of his ancestors and that of his religion. Finally, that of not having been allowed to contemplate her son before his burial.

I feel an immense sadness for all those mothers, and cannot see how, tonight, we can escape our duty to relieve the hearts of these women who must resemble all our mothers and who have been dealt a cruel blow by destiny. I cannot see how we can escape our duty in confronting the future, in organizing ourselves to fight our real enemy: the imperialist, racist and ultra-liberal system that provokes the industrialized death of the populations unlucky enough to live in the south, and the social break-up of western societies. Greece and Spain are now in the whirlpool of the economic crisis. Tomorrow, it will be France’s turn. Although we all have our share of responsibility in this world’s mess, we know nevertheless who the real organizor of that mess is, the real culprit. Our destiny is in our own hands.