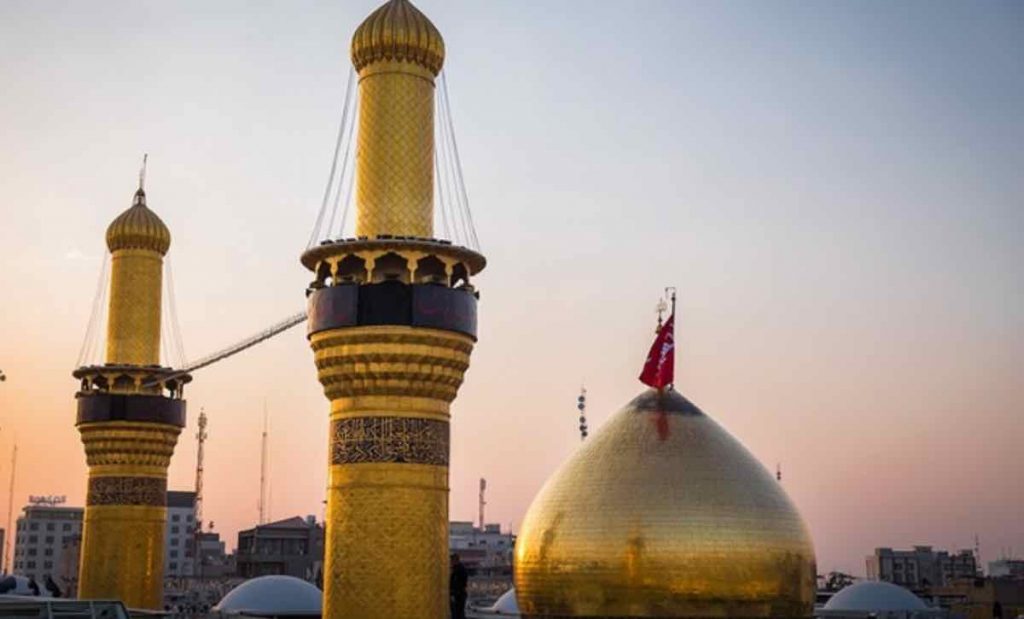 IHRC Bookshop are offering 15% discount off all items during the month of Muharram. The discount code is M2021. Sale ends on 7th September.

Below are a few books we have in store:

The Story of Ashura / Mohammad Bahmanpour

This book is an illustrated depiction of Karbala’s story which, despite its simple language, relies on original and authentic sources. It aims to bring home this magnificent piece of human history to the minds and hearts of our youngsters.

Despite being a sad and tragic event, the story of Ashura, since its inception, has always been a source of inspiration and stimulation for people from all walks of life.

Husayn made himself a target of spears and swords, endured the agonizing experience of his loved ones’ death, witnessed the thirst of his children, and accepted the captivation of the ladies of his family with an open heart, to stand out, according to the prediction of the Prophet as the “shining lamp of guidance and the ark of salvation.”

From Medina to Karbala: In the Words of Imam al-Husayn / Ayatollah Muhammad-Sadiq Najmi

A complete collection of Imam al- Husayn’s discourses, both oral and written, from his first conversation with al-Walid b. ‘Utba, the governor of Medina and Marwan b. al-Hakam, to the last words to leave his blessed lips of the day of Ashura.

I Am Ashura / Safoo Publications

An introduction to Ashura (10th day of Muharram), adapted and defined for your little ones, to encourage knowledge & the love of Imam Hussain (peace be upon him). This picture book is suitable for children aged 7+.

Safoo Publications also published I Am Karbala which is also available at IHRC Bookshop.

Closing Ranks: My Life As a Cop / Leroy Logan

Leroy Logan’s inspiring autobiography tells of an illustrious career and gives a fascinating behind the scenes look at the workings of the Metropolitan Police. One of the founding members of the Black Police Association Charitable Trust, Leroy relates with powerful honesty his first-hand experience of racism, and how his strong Christian faith helped him persevere in a frequently hostile work environment.

Offering encouragement to other Black officers, Leroy’s passion for good policing shines through, as does his touching concern to guide and empower young people.

Closing Ranks is a book that will motivate anyone who wants to deepen their understanding of race relations in Britain over the last thirty years. It’s a compelling autobiography from a successful Black man who has truly made a difference.put caption text here. Use the block’s Settings tab to change the caption position and set other styles.

With the recent news regarding Afghanistan, here are a few books about the region.

The Taliban: War and Religion in Afghanistan / Peter Marsden

Since 9/11 the Taliban have become a focal point of the West’s difficult relations and operations in relation to the War on Terror. This book helps us to understand what has been happening ni Afghanistan, the nature of radical Islamic movements, and the very difficult questions ahead which war cannot answer.

Heroes of The Age: Moral Fault Lines on the Afghan Frontier / David B. Edwards

Building on this foundation, Edwards examines conflicting narratives of a tribal uprising against the British Raj that broke out in the summer of 1897. Through an analysis of both colonial and native accounts, Edwards investigates the saint’s role in this conflict, his relationship to the Afghan state and the tribal groups that followed him, and the larger issue of how Islam traditionally functions as an encompassing framework of political association in frontier society.