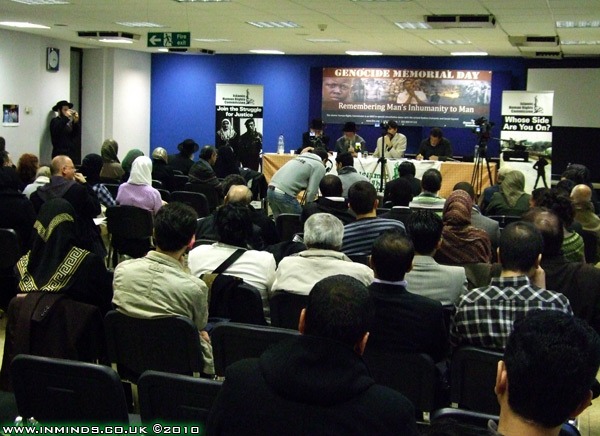 Marking the anniversary of the Gaza massacre and its fallen victims, the Islamic Human Rights Commission organised Genocide Memorial Day. A day to remember man’s inhumanity to man, to commemorate genocides and genocidal acts throughout history, and to make a commitment to prevent further acts of genocide. It was an important undertaking and at its inauguration human rights activists gave short presentations remembering many of the world’s genocides from the near eradication of indigenous peoples across the Americas, the Transatlantic Slave Trade, the Nazi Holocaust, Palestine, the British genocide of Indians in 1857, and Bosnia.

You can watch the sessions below –

You can watch session two by clicking here