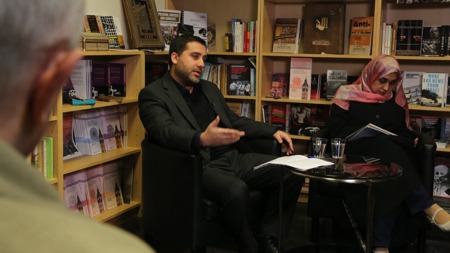 Film Screening and discussion with Roshan Salih about his latest documentary: MI5, Spies, Intelligence gathering and the UK Muslim Community

We were delighted to host the film screening of MI5, Spies, Intelligence gathering and the UK Muslim Community by Roshan Muhammad Salih. Roshan Salih is an independent documentary maker and he showed that a lot of resources are being used for the ‘so-called’ terrorism threat by the government and they are monitoring the Muslim community more than any other. It was an evening of awareness to those who needed to develop a more profound understanding of the operation of Islamophobia and how the intelligence agencies are using techniques which Muslims are unaware of and how this is impacting on their civil liberties.

Watch the discussion below –