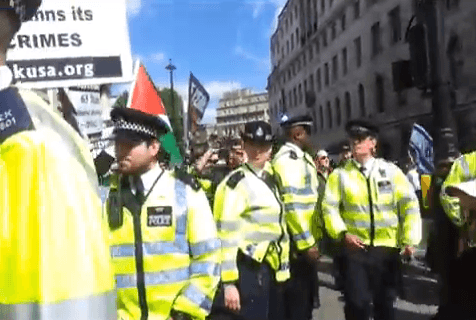 Short doc filmed by a senior activist on the day of Israel’s 65th Birthday Celebrations held in London’s Trafalgar Square (Closer to Israel Parade & Celebration) on 2nd June 2013, exposes an alternative narrative to Israel’s Propaganda Extravaganza.  The short film titled ‘65 Years of Ethnic Cleansing: Apartheid Israel Rebuked’ captures the viewpoints of  the public and those participating in a counter demonstration.