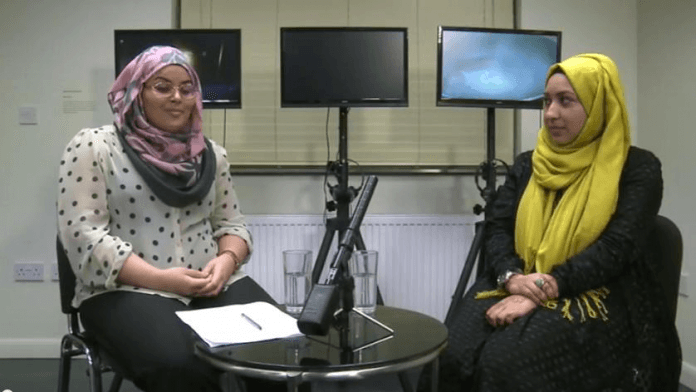 On the 19th Septemer 2013, we were joined by Nasreen Shaikh Jamal Al-Lail who launched her first solo exhibition at The Islamic Human Rights Commision’s bookshop and gallery. The exihibitoon was later extended to the 6th of March 2014.

Jamal Al-Lail’s focus has been on developing an understanding of how an interaction between different ‘collective memories’ has created a unique set of problems about who one is and what one can become. She attempts to weave alterity into a form which can be understood by those who find themselves amidst the confluence of ever changing, constantly evolving global artistic forms.

Please click here to view the end of exihibiton conversation.

OOMK: ‘Visions of the Future’ Exhibition