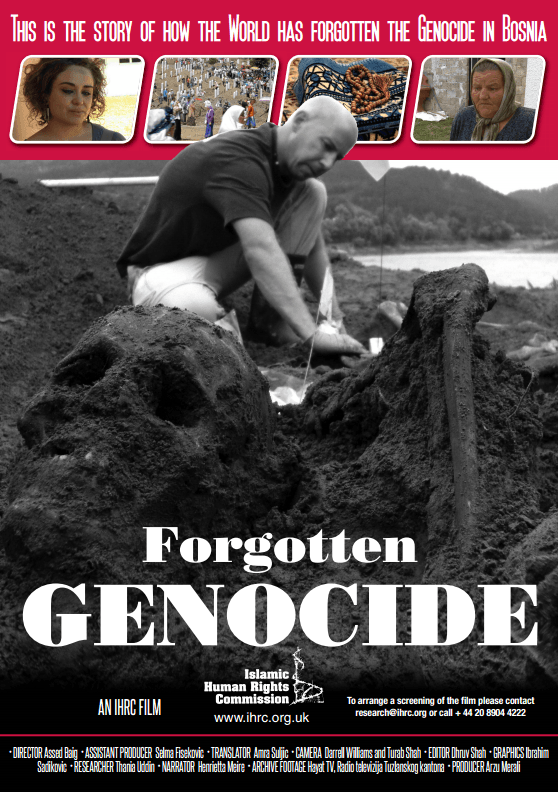 Watch the film here, organise a screening or read more about it underneath.

CLICK HERE FOR DETAILS ON UPCOMING SCREENINGS OF FORGOTTEN GENOCIDE

8000 men and children were murdered in what was supposed to be a United Nations safe zone over twenty years ago. To this day, Srebrenica is the only incident within a three year-long bloody campaign that is classified as genocide. Produced by the Islamic Human Rights Commission, ‘Forgotten Genocide’ lays bare the truths long left unspoken. ‘Forgotten Genocide’ was released on 13 July 2015.