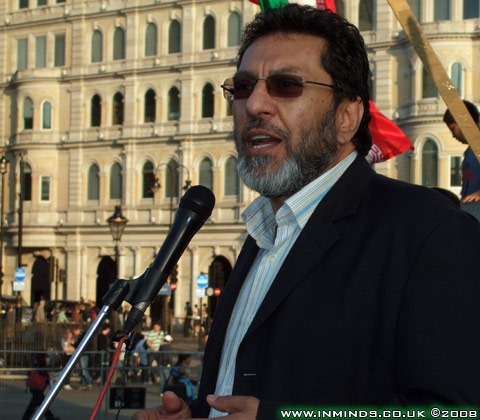 London, UK, April 25 – Thousands of … London, UK, April 25 – Thousands of Muslims from all over the UK marched from London’s Marble Arch to Paddington Green Police Station on Saturday April 30th 2005. The non-partisan and non-sectarian demonstration was entitled “Muslims United Against Oppression” and was organised by a variety of Muslim organisations which came together to undertake the largest march of this kind on a Muslim unity platform.