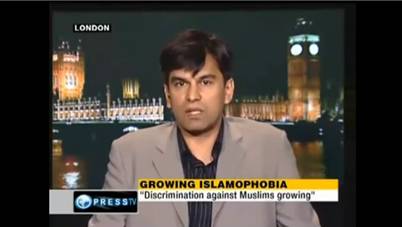 Ekmeleddin Ihsanoglu is the Secretary General of the Organization of the Islamic Conference. He says the process that has started in the world today, closely resembles the beginning of the 1930s when an anti-Semitic agenda, fascism and Nazism became politically big issues. But what worries Ihsanoglu most is that political parties in Europe are using the issue to gain more popular support in elections. Ihsanoglu says a ban on full face covers or burqa in many European counties and Switzerland’s ban on minarets show that anti Muslim sentiment is institutionalized. More that 50 million Muslims live in Europe and the number is growing rapidly. Their life, however, has become more difficult since the 911 attacks in 2001.

To discuss what Ekmeleddin Ihsanoglu has called the “Institutionalization of Islamophobia” Nargess Moballeghi is joined by Raza Kazim , Muhammad Zubair Hussain and Ibrahim Hooper.