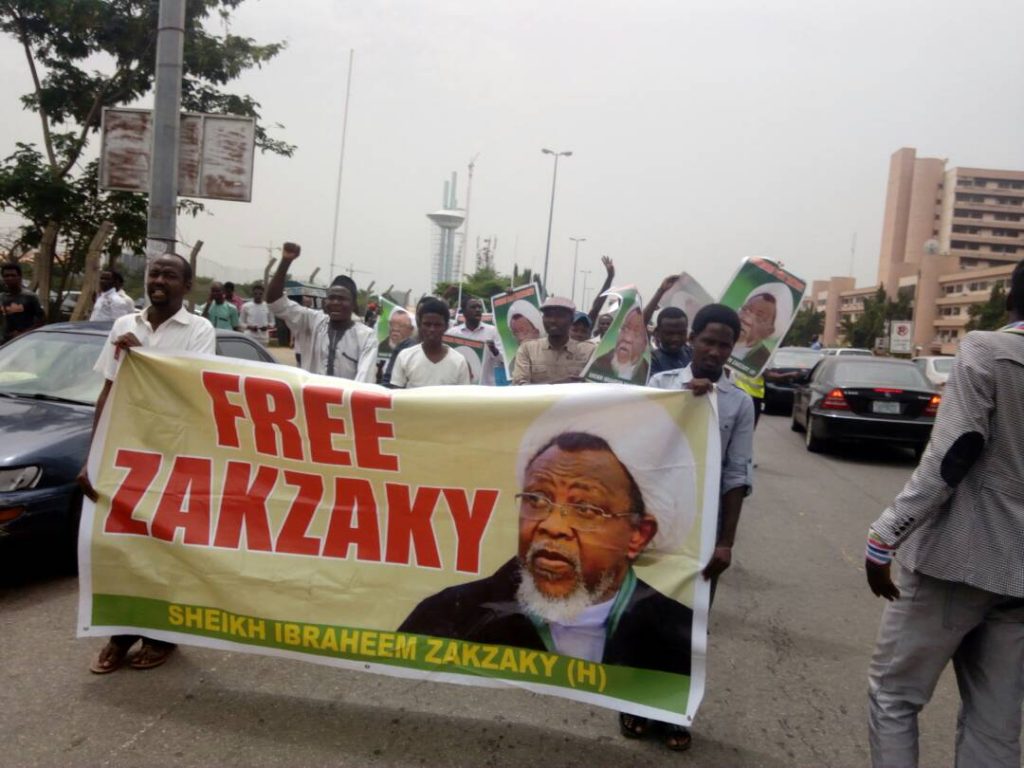 Violence aimed at quelling protests aimed at the release of Sheikh Ibrahim el-Zakzaky and his wife Mallima Zeenah is continuing in Nigeria ahead of the couple’s scheduled appearance in court tomorrow.

At least one person, Muhsin Jafar, was killed in the capital yesterday when police fired at peaceful protestors using live ammunition. Video footage from the scene shows crowds running for cover and some protestors trying to confront the security forces with stones after being shot at. Another 13 sustained serious injuries, some of them life-threatening.

The police attacks come as the illegally detained Zakzakys prepare to attend court tomorrow after yet another long adjournment which IHRC believes is part and parcel of a deliberate state strategy to keep them in custody indefinitely.

The pair being tried for culpable homicide for allegedly being responsible for ordering violence that resulted in the death of a member of the security forces during a massacre by armed forces of supporters of the Islamic Movement in Zaria in December 2015. Despite the fact that over 1000 innocent supporters of the Islamic Movement were butchered in the attack with many subsequently buried in mass graves, not a single official has been charged or brought to trial over the killings. The massacre is the subject of a preliminary investigation by the International Criminal Court.

A High Court ruling ordering the couple’s release in 2017 has never been implemented. And since they were charged in 2018, the Zakzakys’ trial has been adjourned several times, reinforcing the view that Nigerian authorities are abusing the judicial system to keep them in prison in the hope that they will die quietly in custody.

And all the while, Aarmed attacks on protestors have become a regular feature of the Zakzakys’ incarceration. Scores have been killed and injured in largely peaceful demonstrations across the country since the 2015 massacre and property belonging to pro-Zakzaky supporters destroyed or damaged.

The latest death is further evidence that the miscarriage of justice against the Zakzakys is causing suffering to many other innocent people beyond the couple themselves and creating a dangerous environment of death and destruction in the country.