Muslim chief: ‘Police not doing enough to protect us’

Home
IHRC in Media
Muslim chief: ‘Police not doing enough to protect us’ 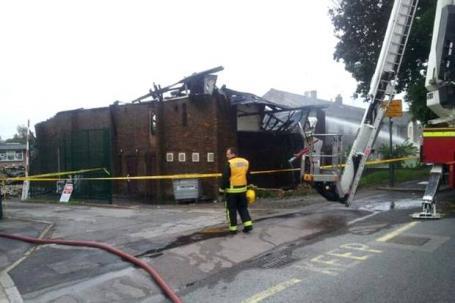 THE HEAD of the Islamic Human Rights Commission (IHRC) said he is “angry” about the fire at an Islamic centre today and said it was obvious something like this would happen.

Massoud Shadjareh, chairman of IHRC, told The Voice that police are not doing enough to protect Muslims.

“I am very concerned and angry by today’s events. I wrote to the police commissioner a few days after the Woolwich attack and asked him to assure us that mosques, schools and nurseries would be protected following this [attack].”

The leader explained that it is only a small few that commit crimes in the name of religion and that Muslims should be protected from retaliation.

“Mosques need to receive protection. We sent a document out to women and mosques asking them to take extra care and to be vigilant following the attack.

“Society knew this would happen and they should have been proactive. It was obvious.

“Similar events [revenge motivated attacks] occurred following 9/11 and 7/7. That is why I wrote the letter to the commissioner.”

The chairman said he was unhappy with the response from the police commissioner as it did not explain how he endeavoured to protect Muslims.

“We should not worry about more men going into the barracks, we should worry about schools, mosques and young ladies walking in the streets.

“What we see in the papers is a double standard. A Muslim stabs someone and it’s terrorism. A Muslim get stabs and it’s a criminal act.”

Shadjareh’s comments follow an incident earlier today (June 5) in which a mosque in north London was burnt down in what is being viewed as a revenge attack for the murder of soldier Lee Rigby on May 22.

The letters “‘EDL” – the initials of the English Defence League – were found at the scene of the blaze, indicating members of the far-right group are responsible.

A spokesman for the Metropolitan Police said the fire at the Bravanese Centre in Coppetts Road is being treated as suspicious, and added no arrests have yet been made.

The artice above was first published in The Voice on 5 June 2013. You can read the original article here.