Muslim schools, hijab and Islamophobia in the UK

Home
Comment
Muslim schools, hijab and Islamophobia in the UK 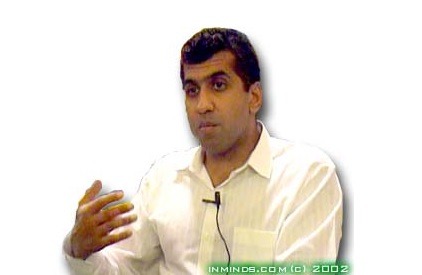 The Derby Free School row has exposed the level of antipathy that still exists in British society towards Islamic schooling.

In fact, along with Islamic women’s attire, it remains the issue most likely to incur the wrath of today’s Islamophobic inquisitors.

In the case of Al-Madinah Free School the two flashpoints have converged to form an almighty lightning rod for those seeking to prevent the Muslim community from exercising its legitimate religious and social rights.

In reality the controversy has little to do with the hijab. In fact quite where and how the issue arose tells us more about the agendas of those who introduced it than any substantive concerns about the headwear. Last week’s Ofsted report, which damned the institution as “dysfunctional”, makes no mention of a “forced hijab policy” for teachers. Nor did it find any evidence, contrary to media reports, that it was affording preferential treatment to male pupils over females.

For all its numerous other failings it would be wrong to condemn Al-Madinah for the allegations of sexism levelled at it. Al-Madinah operated a dress code stipulating that all teachers observe Islamic rules of modesty. Based on the school’s avowedly Islamic ethos, it contained nothing extraordinary or extreme – the policy prohibited the wearing of the all-enveloping burka and niqab on school premises – simply requiring staff to wear clothes that were not revealing or tight and to cover their hair.

And Al-Madinah was well within its rights to enact such a code. The law requires that an institution employ proportionate means to achieve a legitimate aim and there seems nothing illegitimate or disproportionate about requiring female staff to cover their hair in what is, after all, an Islamic school. The policy aimed at reinforcing for pupils, by example, the fundamental place modesty occupies in Islamic life and reduce the risk for females of being objectified in their daily encounters with members of the opposite sex.

But that isn’t how British politicians, egged on by their ideological friends in the media saw it. Writing to the school John Nash, the Parliamentary Under Secretary for Schools threatened to withdraw Al-Madinah’s funding if, amongst other things, it did not “notify all staff that they are not required to cover their hair if contrary to their religion or beliefs”. The shadow education secretary Tristam Hunt sniffed an opportunity to attack a government policy that had allowed a school that “segregates children on gender lines” and “enforces the wearing of the hijab amongst female teachers” to be opened in the first place. Speaking to The Daily Telegraph, the Mayor of London Boris Johnson, also lashed out at schools which required female pupils to don the veil calling it “completely wrong” and “against the principles of liberty that London should stand for”.

So why had concerns about a school, described by Ofsted as failing on almost every single level, transmogrified into an inquest into dress codes at Muslim schools? Leaving aside the expediency that is evident in both the Conservative and Labour reactions the answer appears to lie in the need of British authorities to sustain an Islamophobic discourse whose aim is to legitimise the continuing denial of basic rights to Muslim citizens.

Since 1998, when London’s Islamia Primary School became the first Muslim school to be awarded state-funding, Muslims have continued to have their attempts at establishing religious schools stonewalled by governments of all hues. Of the 7000 or so maintained (state-funded) faith-based schools in the UK, only about a dozen are Muslim despite the fact that Muslims now make up almost 5% of the UK population (42 are Jewish even though Anglo-Jewry represents approximately 0.5%).

There is evidence that this failure to keep pace with growing Muslim demands for Islamic schooling may be negatively impacting pupils by driving them out of the regulatory framework. In some areas of the UK, Muslims have set up so-called flexi-schools which operate on a part-time basis and are not therefore required to register with the Department for Education, or full-time schools simply ignoring the registration requirement which includes criminal record and sex offender checks.

It should not be forgotten that the first attempts to establish Muslim schools were met with “concerns” about separatism. After 9/11 these were accentuated by the narrative of “community cohesion” arising out of the anti-terrorism agenda.  Now the rationale – equally as spurious – has shifted to headscarves, veils and the protection of women, both Muslims and non-Muslims, from alleged Islamic patriarchy and male chauvinism. The dominant discourse of Islamophobia is so ubiquitous and overwhelming that even obvious facts are lost, such as that the majority of Muslim women feel liberated, not oppressed, by wearing the hijab, which they wear of their own volition despite facing discrimination and abuse. Or that as citizens and taxpayers Muslims have as much right as any other community to set up their own government-funded schools. Or that Muslim schools are amongst the most successful in the country producing pupils, especially females, who go on to be among the most, integrated, loyal and productive members of society.

The metamorphosis of a story about a dysfunctional school failing its obligations to the state, parents and pupils into an attack on hijab and Muslim schools should not surprise us. It is the latest instalment in a discourse in which the legitimate expression of Islam continues to be publicly questioned, discredited and/or delegitimised.