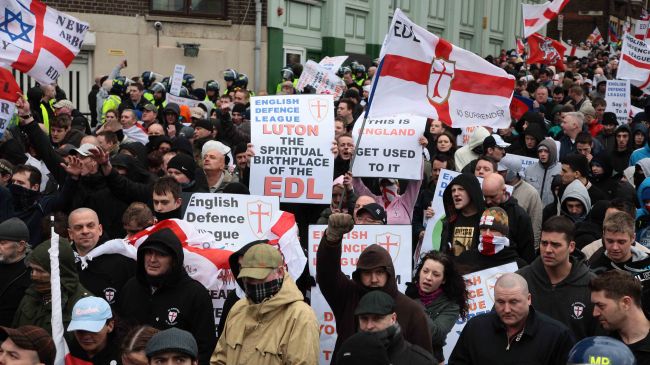 European academics and policy makers came together at the European Parliament in Brussels on Wednesday to launch what they describe as a “toolkit” to tackle Islamophobia across the continent.

The report, based on research in eight countries including the UK, France and Germany, said it had identified a “worsening environment of Islamophobia” in which Muslims faced a “new and acceptable hostility… in many spheres of everyday life”.

“This is an issue that is poisoning our societies in the European Union and putting barriers between our communities,” said Jean Lambert, a Green Party member of the European Parliament (MEP) representing London, during the opening of the conference in Belgium.

Long present across the continent, the report highlights how Islamophobia has been further bolstered in the past decade, tied to the rise of far-right and anti-immigration movements in many European countries, the “War on Terror” both within and outside Europe, and the refugee crisis.

In France, a veiled student union leader was publicly chastised for a televised appearance and caricatured as a monkey by a prominent satirical outlet; in Germany, stories in the media about alleged roving bands of rapist refugees stoked panic; while several countries across Europe have passed so called “burqa bans”, restricting the wearing of niqabs and Muslim veils in public spaces.

While countering such a wave of xenophobia and racism towards Muslim citizens and residents of Europe might seem like a herculean task, the authors of the “Counter Islamophobia Kit” briefing paper say it is a necessity.

“A worsening environment of Islamophobia was identified with respect to media content, political discourse and experiences of discrimination indicating the new and increasingly acceptable hostility against Muslims in many spheres of everyday life,” the report warned.

European academics led by the University of Leeds, in conjunction with NGOs and activists, explored the various drivers of Islamophobia in eight European countries – the United Kingdom, France, Belgium, Germany, Czech Republic, Greece, Hungary and Portugal – as well as the efforts to foster counter-narratives to Islamophobia in each country.

“The project has revealed the vast expansiveness of Islamophobia, the fact that it permeates so many elements of our lives and of society,” Amina Easat-Daas, project officer for the Counter Islamophobia Kit, told Middle East Eye.

“We want to challenge the narratives that exist, to contextualise them and emphasise their normalcy, their everyday nature, and also highlight the brilliant contributions many Muslims are making in society. ”