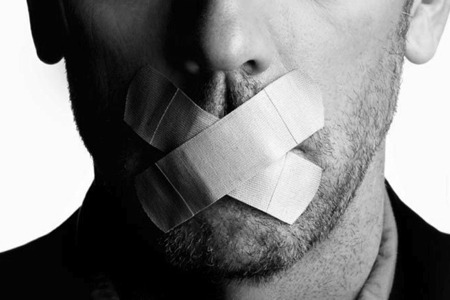 Facebook
Twitter
LinkedIn
WhatsApp
Email
IHRC recently agreed to take out three adverts in the New Statesman, one for each of the main political parties during their party conferences. IHRC would write an open letter to the parties in the New Statesman raising pertinent issues and concerns. The first letter was printed without a problem.  However, the second letter to the Labour party was not so well received.  IHRC was asked to remove two sentences from the letter;
This sentence, New statesman said could stay requesting ‘There needs to be a sentence condemning the violence, for example in Libya against its ambassador.  The rational behind this is that it might look like you think that insulting Islam in a film or cartoon justifies killing.  (This is how it could be seen and could be inflammatory hurtful and upsetting to some readers)’
The New Statesman said “This line needs to be cut, as it can look as though writing a book or cartoon justifies having a death penalty placed on you.”
IHRC is shocked by the double standards and hypocrisy of the New Statesman.  In our response below, we asked why we should have to condemn demonstrations in Libya or why the fatwa against Salman Rushdie was even an issue for us.  The New Statesman are clearly operating under the assumption that Muslims and Muslim organisations should condemn acts carried out by other Muslims around the world, simply because they share the same faith.  It seems that Muslims must endure all types of speech that targets them, be it offensive and insulting hate speech, incitement to violence against them etc in the name of free speech.  Without contradiction and in defence of those who do so, New Statesman sees fit to censor and censure Muslims for their views, which are neither hateful nor violent but which do say that the double standards we face on this issue are racist and discriminatory.
IHRC’s letter to The New Statesman
Dear ****
I find the rationale behind the editorial omission deeply troubling. Our letter to the Labour party mentions nothing about the demonstrations in Libya.  The letter explains that Muslims, living in a post 9/11 world, have become victims to Islamophobic attacks launched by politicians and from certain sections of the media.  In addition to this we are now witnessing art and satire being used as tools to demonise Muslims further.
Why should we condemn what happened in Libya in this letter? Is it because we are a Muslim organisation and the New Statesman expects Muslims to apologise for the actions of Muslims in other parts of the world? This reasoning is ridiculous and is one that we would expect from the Daily Mail and not the New Statesman.  It would be equally ludicrous for us to expect a condemnation by you for actions carried out by British politicians in Iraq and Afghanistan or the actions of the EDL around the UK, simply because you share the same skin colour. Your email and request show quite clearly that you subscribe to the ideas that we are critiquing in our letter thus your desire to silence us.  As Muslims it appears that we do not have the right to speak, insult or offend but we must accept and suffer hateful and insulting speech.  The New Statesman it appears, sadly, will not allow us to even call the attacks on Muslims hypocritical and racist.
As for the sentence about Salman Rushdie; we have merely stated that the issue was used by many to attack Muslims based on racist and Islamophobic ideas, rather than an academic critique of Islam.  Why should the fatwa even be mentioned?
We are not willing to capitulate to such ludicrous and, as we see it, Islamophobic editorial intervention. Please return our money for the adverts as we no longer wish to advertise with a magazine that claims to be on the liberal left but whose editorial policy seems to be hatched by the very same Oxbridge boys club that poison the rest of the UK’s media.
Regards
Islamic Human Rights Commission