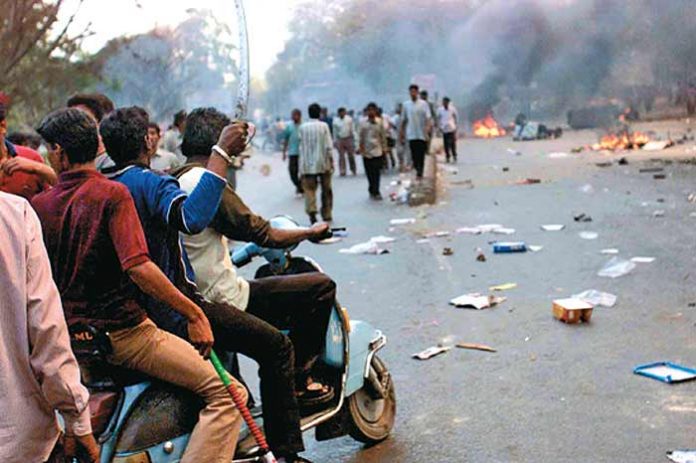 How does one live with the recurring memories of a gruesome past? Of the hideous acts of mass murder, rape and destruction of properties and livelihood? We have recorded all such stories, as each one, the victims, and all kith and kin of the dead, narrated with tears in their eyes and with no hope of any future, in our report, Crime Against Humanity.

The dead cannot be resurrected but the living should hope to have a dignified future while their struggle seems to be eternal for justice and survival. We are here to express our solidarity with them and in that to make the government accountable.

Some people say that it is time for reconciliation. Does reconcile mean letting off the perpetrators? While those who committed mass murder, mass rape and mass destruction are free, and with no sense of remorse or regret, will there be any reconciliation?

Would they not ask what has happened to those who were responsible for the acts they committed? What did the administration do when such horrible crimes were being committed? Who gave the orders? What did the police do? What did the ministers do? Above all, what did the chief minister do? None of these questions have been satisfactorily answered.

People may think of the South African experience of a Truth and Reconciliation Commission. I agree. Truth must come. In Desmond Tutu’s words: “They must make a clean breast of what they did.” Yes, it may amount to reopening of old wounds. But what he said is important. Our justification was that these wounds were actually festering and that reopening was crucial in so much as it meant you would be able to cleanse the wounds and pour a balm on them. There is no way you can deal with the past without opening wounds.

So you have to clean up the wounds; you have to tell the truth, and the truth becomes the basis for justice. One of the components of justice is proper reparation for all the victims of the 2002 carnage. “Sadhbhavna” without truth and justice is only a farce and has no meaning.

Read out by Justice Suresh

You can read Crime Against Humanity (2002) here.

You can read IHRC’s 2002 report into the Gujarat Massacres here.

VIDEO: Amrit Wilson – The rise of Nativism in India

PRESS RELEASE – India: Gujarat massacre verdict should not be an excuse to let Modi off the hook