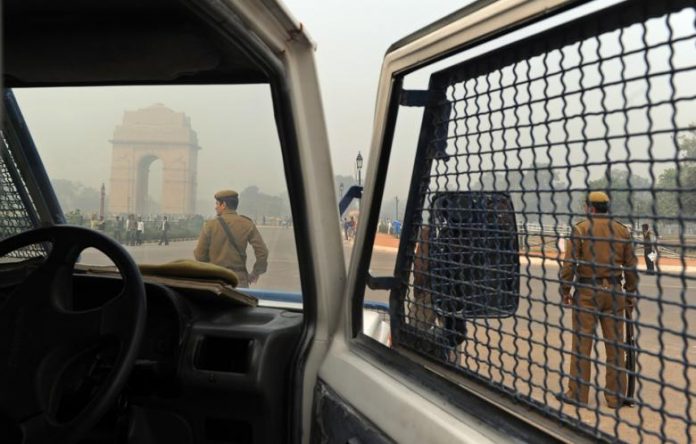 But family testimonies and Kazmi’s career history suggest he may be a scapegoat for India to kill two birds with one stone: Get rid of a “troublemaking” journalist and make up for failing to follow through on an Indian US deal granting India nuclear privileges in return for foreign policy favors.

The Special Cell of the Delhi Police are regarded as masters at two crucial aspects of policing in India – the use of torture to extract “confessions” and the telling of tall tales. In addition, they now seem to be moving away from old-fashioned concerns like national sovereignty.

Two cases in the public arena relating to India’s so-called War on Terror demonstrate this shift.

The latest case is that of the bombing on February 13 of a car carrying Tal Yehoshua, the Israeli Defence attache’s wife – causing her and three other people to sustain injuries. This was followed almost immediately by a statement from the Israeli government blaming Iran, a United Nations statement of condemnation naming no nations, and a buzz of articles in the US and global media suggesting an international conspiracy engineered by Iran. Eager to find a “terrorist” and fed information by India’s central agencies – who in turn were fed by Israeli agencies, the Delhi Special Cell arrested a veteran Urdu journalist Syed Mohammad Ahmed Kazmi and charged him with aiding and abetting in the bombing.

Kazmi was returning home after first appearing on national television and then giving free English lessons to children at the India Islamic Cultural Centre when he was arrested by plain clothes police. It was then 11:00am. He was taken to the office of the Delhi Police Special Cell and interrogated until late in the evening. At 9:30pm they took him back to his home, searched his house picked up his laptop, his Press Information Bureau accreditation card, his passport, and a black Scooty (moped) parked in the yard.

According to his son Shauzad, the police then searched the house for three hours and forced the family to sign an arrest memo according to which Kazmi had been picked up from the house late at night – while in fact he had been in custody for more than ten hours.

Substantive evidence in Kazmi’s case is so far completely absent. But, what of it, the police declare that the old Scooty is in fact their star exhibit, “a real breakthrough!” The vehicle, according to the Kazmi family, has remained parked outside their home for the last two years. Shauzab says, “We have never used this Scooty. It belongs to my uncle who purchased it when he visited Delhi two years back for his treatment at AIIMS (All India Institute of Medical Sciences).”

The Delhi Special Cell however claims that it was used by the bombers – whose identity remains unknown – to carry out reconnaissance of the Israeli Embassy. The family categorically deny too the allegation that Iranian guests stayed at their house.

How will the Kazmi case play out? With Mossad officials having or believed to be interrogating him, it is clear that Israel is playing a major role inside India. As N.D. Pancholi, the well-known human rights lawyer, who was also Aamir’s Counsel, points out: “Since the case involves two countries, either the National Investigation Agency or the Central Bureau of Investigation should have been entrusted with the task.”

But why has Kazmi been targeted at all? Well-known for his ground breaking reportage on the US occupation of Iraq, Kazmi, who knows Persian and Arabic, has since 1988, also worked for Iran’s news agency the Islamic Republic News Agency (IRNA). On January 26 this year, he had spoken on IRNA about the issue of oil, suggesting that countries importing oil from Iran safeguard their national interests by rejecting the new unilateral US sanctions. He had also criticized US propaganda and the possession of nuclear weapons by the US, Israel, and their allies.

Is this the real reason for the arrest of this journalist known for his integrity? Senior Urdu journalist Syed Naqvi thinks so. “Kazmi has been arrested because he has sided with Iran on various issues” he said, adding that this includes “the latest Israel-Iran stand-off. He has also reported on Syria in recent times where he has debunked Western positions on that country.” Kazmi, he said, is anti-Zionist but never anti-Semitic.

According to a statement of more than 70 eminent Indian citizens “Mr. Kazmi may be made a scapegoat in order to please an international lobby…there has been immense pressure on India to sever its ties with Iran – both from Israel and US.” It is this pressure, in fact, which illuminates the case and places it in perspective.

Back in 2008 during the days of George Bush, and in the face of huge public protests within India, Prime Minister Manmohan Singh signed a nuclear deal lifting a three-decade U.S. moratorium on nuclear trade with India, although it remained one of the few countries which had not signed the Non Proliferation Treaty on Nuclear Weapons (the others being Israel, Pakistan and North Korea). Signing the deal, Singh claimed, would mean that that U.S. would both assist India’s civilian nuclear energy program and cooperate with it in energy and satellite technology.

In actual fact it has not only reversed half a century of nuclear nonproliferation efforts but allowed US companies to build reactors in India and also sell old ones which were no longer in use in America – not to mention accelerating the nuclear race in South Asia. In return for the deal India signed the notorious Hyde Act under which it had to follow a foreign policy “congruent” with that of the United States and never support the countries which the US regards as enemies – among others, the act specifically mentioned Iran.

However, for India, breaking off its long established relationship with Iran was not so easy. Not only do six million Indians live in the Gulf region sending millions of dollars back home, but Iran provides a large chunk of the imported crude oil which is crucial to India’s economy. An estimated 400 million Indians are dependent on it. In addition, Iran is the only country which provides land access to Afghanistan.

So while at the 2009 meeting of the International Atomic Energy Agency in Vienna, India voted with the US against Iran, it has not given in on other issues. On the question of oil, in response to what Hilary Clinton has called some “very intense and blunt conversations” with America, India’s ambassador in the US has said quite categorically that the automatic replacement of all oil imports from Iran is not a realistic option. In fact, India is bypassing sanctions by paying Iran in Rupees with which Iran then buys Indian imports of commodities like rice and other food stuffs. Of course this might change with increasing pressure from the US and Israel, and with a growing conflict within the Indian government between rabid pro-Americans and others, but at the moment India seems to be standing its ground.

This being the case, Kazmi may well be a scapegoat, and his arrest either a token gesture to buy time from the Americans and Israelis, while at the same time silencing an outspoken critic of Israel, or a sign that India is finally capitulating completely.

Either way this attack on a highly respected journalist, as Pancholi says, is “not just a question of civil liberties or freedom of speech. It is a sign of the political climate and of the way our criminal justice investigation machinery is being made to serve the interests of foreign powers.”

It is also an example of the way every step in the so-called War on Terror erodes national sovereignty and hands total power to the US and its allies.

The Kazmi case was the second high-profile case involving terrorism charges in India that has garnered attention in the last two months. The first was a “local” case which began 14 years ago when they ambushed a boy of 18, Mohammed Aamir, beat him up, tortured him for seven days, forced him to sign a number of blank pieces of paper and eventually charged him with 19 cases involving murder, terrorism, and waging war on the nation.

They claimed that the rash of “low-intensity” terrorist attacks in and around Delhi in 1996 and 1997 were masterminded and executed by Aamir. He had allegedly planted about 28 bombs, single-handedly in all but one case. When he was finally apprehended, this Houdini among terrorists, had upon him an array of incriminating evidence such as a Webley & Scott revolver, live cartridges, American currency and diaries with details of explosive materials, in addition to his ration card, birth certificate, school character certificate, school identity card, and even (just in case he needed them) his school marksheets from Class 5 and 7.

In January this year Aamir was remarkably, given the nature of the Indian justice system, cleared of any connection to the bombings. The High Court noted that evidence incriminating him in the bombings was “woefully absent.” Aamir returned, after 14 years, to his home, the 10ft by 4ft room in Old Delhi’s Sadr Bazaar in which he had been born.

His world had been shattered. His father had died weighed down by the impossibility of finding justice for his son, his mother had been left mute, and paralysed by a stroke, while he himself, had lost the years of his youth and been ground as he put it “in the mortar and pestle of the Indian justice system.”