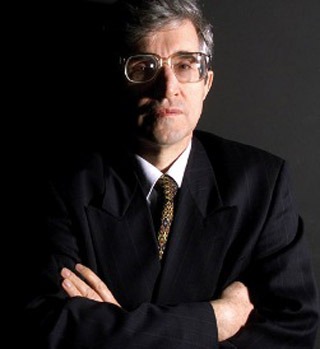 We come across the symbol of the tree in various mystical systems. Trunk and boughs, as the visible parts of one and the same essence, are often taken to be the whole; thus, in order to emphasise the inseparability of the roots from the whole, the tree sometimes depicted upside down, the roots being visible and turned towards the sky. This symbol refers, inter alia, to human experience, whether individual or communal, as a precondition for an effective orientation toward the future. The experience of an individual is not enough for him to find his feet in the world. The experience of a group or society makes the roots of an individual more widespread and stronger. Thus, by bearing witness to past relationships with the world, we lay the ground for an understanding of both the individual and the collective. Any people guards the memory of its most distinguished and resolute witnesses from the past. Their biographies and their graves can be consulted like a living book, where answers and advice can be found in troubled times. A people begins to die when it stops talking with its dead, when it no longer knows how they responded to the confusion and trouble with they once faced.

Ever since its beginnings, Bosnia has been scattered with the tombstones of individuals and groups who bore witness to her message. Their lives bore witness to their faith in her message, and their descendants have tried to preserve this message, for themselves and for those who will come after.

And even today, individuals and groups throughout Bosnia bear witness to the same message with their lives. They have been attacked and exposed to perils seemingly worse than anything in their past. Never before have so many martyrs, so many shehids, been laid in the earth in so short a time as in nineteen ninety-two and ninety-three.

Shehid or martyr means a witness, or, in a figurative sense, someone who dies for his or her faith. Bearing witness (shehadet) means making an assertion based on factual knowledge. This is why the concept of shehadet can be translated as “witnessing the truth” and a shehid as a “witness of truth”. Shehid can also denote “a conscious soul”, which refers to the wakening of deeper layers of human consciousness, leading to the sudden realisation of one’s own moral self. This results in “unveiling” and “bearing witness against oneself”. Thus the one who knows Truth is also its witness. The act of witnessing is complete when it takes place with all one’s being. The etymology of the Slav word for witness – svjedok ¬– shows its link to the pan- and proto- Slavonic verb vedeti (to know, to state)*.

Bosnia’s shehids, therefore, have since ancient times been witnesses to the fact that Truth is revealed in countless forms, and that is it the right of an individual or a group to choose which form of spiritual allegiance to adopt.

The Bosnian fighters of today have in their shehids a supreme example of faith in the message that Bosnia means unity in diversity, means defending the right to both unity and diversity. Beneath the fresh earth of her shehids’ graves, Bosnia has found a long-forgotten and new source of strength. The stronger and more decisive our awareness of them, the more effective our resistence to the criminal plans directed against Bosnia. As long as the living go in doubt or ignorance of a single shehid, of one “whose life has witnessed the Truth”, we cannot weld our abilities into a whole strong enough to defeat the schemes of our enemies.

The living go their shehids. Or pass them by. They stop and raise their hands, plans upturned to symbolise a bowl that holds prayer and the expectation of grace. In doing so, the living and the shehids make up a tree, its root and crown. Such a whole, healthy and steadfast, is the sole source of communal and social life. Throughout the tree, from the roots, through trunk and branches, and into the fruit, runs the flow of life, bringing awareness of eternal words: of God, the worlds above and below, the judgment day, of service and succour; along this flow shimmer the paths and the Way which human hearts must walk in accordance with their inner being. By drawing a perpendicular from the shehid to the living man standing upright in prayer, we realise that the shehid, who fell on the path of Truth, is more alive than anybody living, and that knowing this fact is a precondition for all lives. Thus he who stands upright with his shehids recognises the meaning of the cross, the true path, the path along which those who pray, symbolically turn their hands; he recognises the path of wrath, anger and destruction, which runs counter to the true path; and he recognises the path of the wanderers, who know nothing of the upright column raised by stopping beside a shehid’s grace and raising one’s hands to heaven in prayer.

And say not of those slain in God’s way

‘They are dead’; rather thay are living,

but you are not aware.

Surely We will try you with something of fear

and hunger, and diminution of goods

and lives and fruits; yet give thou good tidings

who, when they visited by affliction,

say, ‘Surely we belong to God, and

Rusmir Mahmutćehajić, Sc.D is a Bosnian academic, author and former statesman. Considered one of Bosnia’s leading intellectuals and public figures, he is the foremost advocate of the idea of diverse Bosnia. A scholar of the Muslim intellectual tradition and a contributor to contemporary Muslim thought and the liberal interpretation of Islam, Professor Mahmutćehajić has served his country as Deputy Prime Minister and as Energy Minister through the process of independence and much of the war (1991–5). For the past 15 years, he has been President of International Forum Bosnia, which is dedicated to the development of critical intelligence and a plural society in Bosnia. He is the author of more than 20 books in Bosnian, some 12 of which have been published in multiple languages, and author of several hundred academic articles and essays.