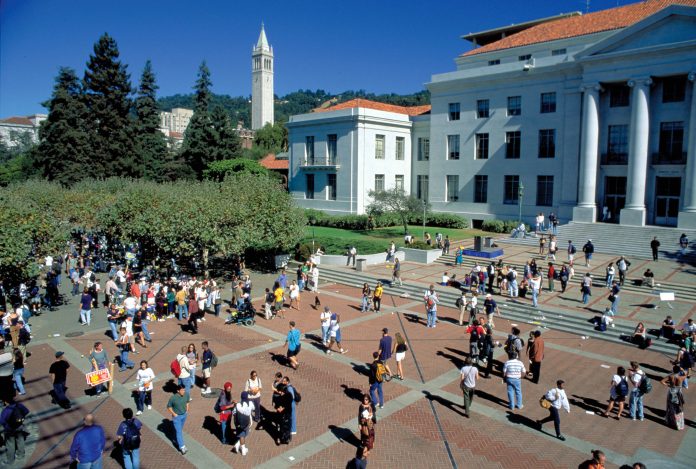 The policing complements other initiatives run by the pro-Israel lobby to maintain the supremacy of their narrative. Bazian points to shared study programmes between Israeli and US students, campus exchanges, visiting faculties and students, and even paid tours by US university administrators to Israel as examples of how Zionists try to ensure that Palestinians are viewed through an Israeli lens.

AMCHA’s latest report into anti-semitism at US colleges and universities provides an insight into its tactics which are both deceptive and anti-democratic. Surveying 113 institutions with the highest number of Jewish students it claims an increase in 2016 of anti-semitic incidents over the previous year and a correlation between the increase and the presence of anti-Zionist and anti-Israel (including BDS) movements.

Reading beyond the headline figures it soon becomes clear that the study is more concerned with expressions of opposition to Zionism and Israel rather than anti-semitism. The device used to conflate the two is the US State Department definition of anti-Semitism which to my mind is unique outside Israel in considering anti-semitism to be inextricably linked to Israel such that opposing the alleged right of Jews to self-determination or comparing Israeli policies to those of the Nazis can be construed as ant-Semitic. Under this definition all anti-Zionist activities on campuses can be deemed anti-semitic.

But even that is not enough for the Zionist lobby. Movements like BDS pose a problem because they are hard to fit inside such even such a generous definition. To get around this problem AMCHA takes the approach of tarnishing BDS by association, ‘finding’ that campuses where there are BDS movements have a higher incidence of anti-semitism.

The apparent influence of groups like AMCHA is worrying both for the implications it has on the Palestine/Israel dispute and academic freedom. In fact following the publication by AMCHA of its blacklist in 2014, the Middle Eastern Studies Association said its “real goal seems to be to restrict or even stifle the free and open discussion of, and the vigorous exchange of opinions on, the Israeli-Palestinian conflict on college and university campuses.” The influence has to be seen against the background of countless other colonial studies courses offered by universities on countries other than Israel which have never been subject to the same pressures.

The equation of anti-Semitism and anti-Zionism has become a key tactic for the pro-Israel lobby, highlighted perfectly in the response of the Anti-Defamation League to Berkeley’s decision to reinstate the course. “As the title implies, the class thesis and much of its syllabus is built on the foundation of the denial of the Jewish connection to the Land of Israel and the attempt to negate the right of Jews, like any other people, to assert their self-determination,” it said in a statement. The aim is to erect the Zionist project as a marker of Jewish identity and then accuse of anti-Semitism anyone who is critical of it. Of course, we all know the argument is a non sequitur but that’s not the point. Mud sticks and none more so than the charge of anti-Semitism.