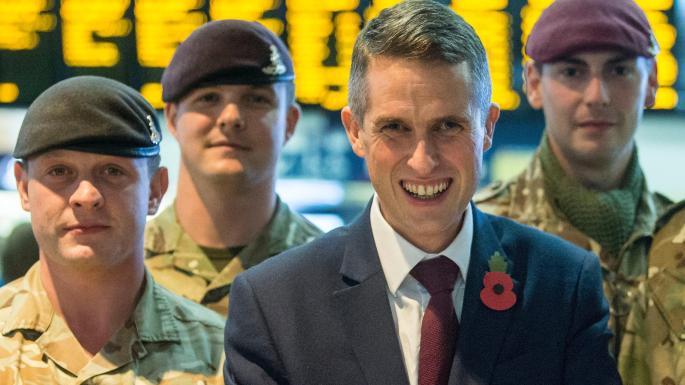 Today I received a phone call from a very nice man who introduced himself as an employee of LBC. He wanted me to take part in a discussion prompted by Defence Secretary Gavin Williamson who stated that British-born ISIS fighters should be killed by drones.

I was shocked. I asked, ‘are you saying the discussion is ‘should we use drones to assassinate British citizens on nothing more than a level of suspicion rather than using due process?’’

He repeated the statement from Gavin Williamson and said that they just wanted to debate it. And I told him that this was the problem. How can we even begin to have a discussion on assassinating people in this way? I refused to be a part of it something that would likely have been more appropriate in Nazi Germany than in in democratic Britain. The LBC producer failed to understand that persisting with such a discussion perpetuates the idea that only certain people are thought of as human enough to be worthy of due process.

It was only yesterday that BBC did an investigative report highlighting how Britain and its allies gave safe passage to 250 hard-core ISIS fighters; allowing them to leave harm’s way and disperse across Europe. And at the same time the Secretary for Defence wants to use drones – which we know kill innocent people as collateral damage – to assassinate the very people that were let go. This is mind-boggling. Why are we always hearing these bizarre contradictions in our so-called ‘war on terror’? Why is it that we don’t see the madness surrounding us? I can only think that the reason is the rise of Islamophobia and the environment of hate which has been created. It is an environment where it has become logical to have contradictory human rights with barbaric, racist action.

What followed the debate on LBC is even more frightening. Numerous friends phoned and told me of scores of people called to unleash pure Islamophobic hatred. I looked at the website and the tweets that followed this debate. One says, ‘at last someone who gets it. Line them up and fire at will.’ Another says ‘can we use drones on ISIS members who come back and are living in London as well’ and another: ‘why is this even up for debate?’ Ironically, the last tweet is what I too thought when asked to be part of the discussion on LBC, which is why I refused.

It is frightening that among the tweets I looked at; no one began to consider the ‘civilised society’ we are supposed to live in. We cannot be ‘civilised’ if we continue to behave this way. Why is it that my fellow countrymen have become so barbaric in their utterance of such hatred? The answer can probably be found in the IHRC report ‘Environment of Hate: The New Normal for Muslims in the UK’ which explains how politicians and the media create an environment where certain communities – in this instance Muslims – are no longer seen as human beings so this rhetoric becomes the norm. I just hope and pray that there are enough of us who understand this evil for what it is and will stand together as men and women; black and white; Muslim and people no/other faith – to eradicate this environment of hate.