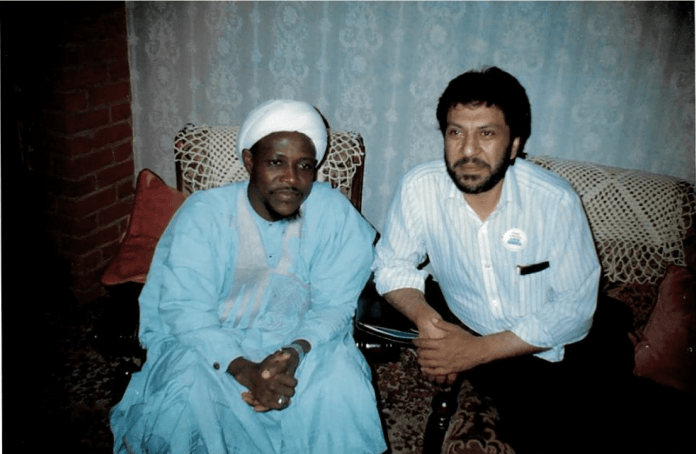 [Updated 13 August. Original post from 07 August 2019] As world-wide demonstrations have shown, Sheikh Ibraheem El-Zakzaky has touched the hearts and minds of millions not just in Nigeria. Below are links and resources to help explain who he is and what he stands for. This page is periodically updated with resources.

Join the campaign for his release here. Read more, listen to recollections and watch videos, read background briefing papers and view photos below.

Born in 1953 / 1372, Sheikh Ibraheem El-Zakzaky has led the Islamic Movement of Nigeria from its earliest stages in the 1980s. From a movement of a few thousand to some twenty million, this community has members from different Muslim schools of thought, as well as Christians and those of other faiths. Overtly seeking Islamic justice solutions to the problems faced by Nigerians and more broadly in the region, the movement seeks social justice for every member of society. In lieu of state action, the movement has setup clinics and schools and provides medical and educational services for the most in need.

This page will be updated with photos and videos from the archives of IHRC and others overviewing Sheikh El-Zakzaky’s thoughts, and his impact inside and outside Nigeria for those unfamiliar with him and the movement.

Who is Sheikh El-Zakzaky? From the recollection of his friendship with Sheikh by Imam Muhammad al-Asi (2 August, 2019) until approx. 24 mins.

Sheikh Ibraheem El-Zakzaky on the meaning of revolution

Sheikh El-Zakzaky on Du’a whilst Imprisoned

A background to the Islamic Movement of Nigeria – Caterina Aiena

ICC and the evaluation of the case of Nigeria – Abed Choudhury

Photos from the archives

Sheikh El-Zakzaky’s work in Nigeria, despite being persecuted and demonised, has had wide impact. Over the years prior to Sheikh was involved in conflict resolution in various countries, as well as international solidarity work on Palestine, Kashmir and many other issues.