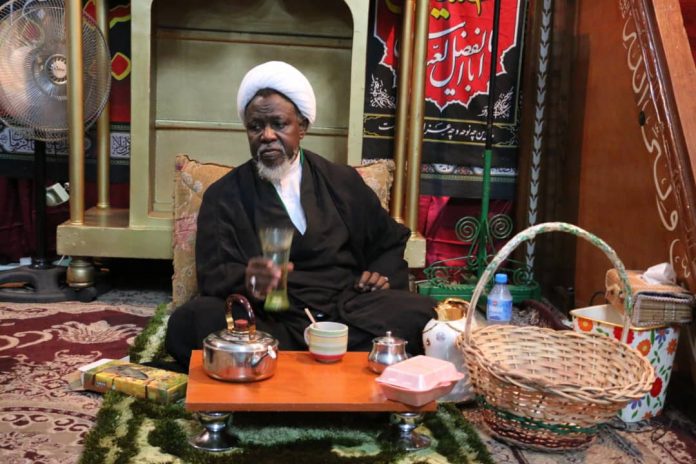 [9 December 2019]Statement from Mohammad El-Zakzaky, son of Sheikh Ibrahim El-Zakzaky and Mallima Zeena. To campaign for justice for the Sheikh and Mallima and ongoing issues in Nigeria, please visit and bookmark the campaign page here.

I am writing to protest in the strongest possible terms about the continuing mistreatment of my father Sheikh Ibrahim el-Zakzaky and my mother Zeenah al-Zakzaky at the hands of the Nigerian authorities.

Friday’s swift transfer of my father and mother from DSS custody to a Kaduna state prison has put their health,, and indeed my father’s life at grave risk. It is well known that conditions in the jail are so bad that they take a heavy toll on healthy prisoners, let alone those suffering from serious health problems.
As you are aware my father has lost sight in one eye as a result of being shot during the Zaria massacre in December 2015 massacre. He has also suffered several strokes while in detention and more than one independent doctor has recently attested to the critical state of his physical health, saying that he is at risk of death.

My mother is also seriously ill with high blood pressure and can barely walk because of severe arthritis, she also has a bullet trapped near her spine.
At the same time I must also protest the officials’ refusal to allow me and other my family members and legal representatives, access to them; as the court had ordered. This is a violation of normal prison policy and another abuse in the catalogue of human rights abuses inflicted on my parents.
My parents are entitled, like all other Nigerians, to be treated in accordance with the law of the land, a law which in their case, has invariably been ignored continuously.

Today I along with a legal representative went to the prison merely to check on their health, but were denied access, even though we were there during visiting hours. This is the latest in a series of draconian restrictions that are being imposed day after day.