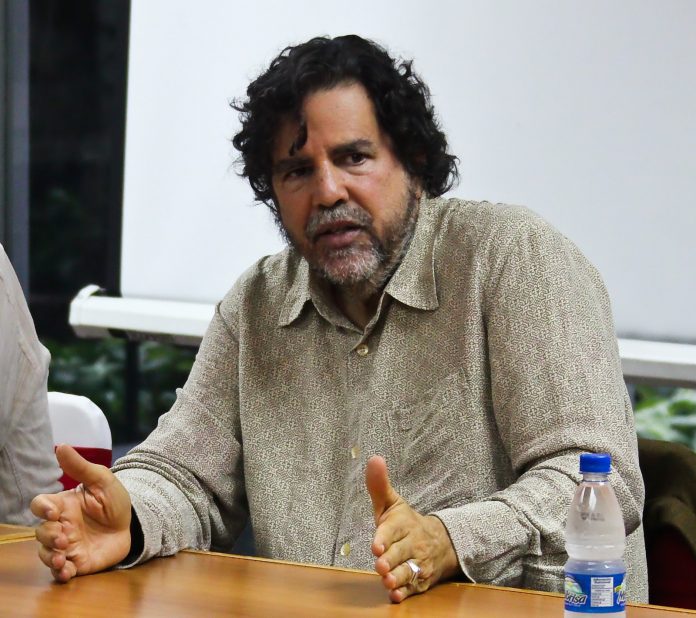 Professor Ramón Grosfoguel’s latest essay looks at the possible scenarios that confront the anti-imperialist and decolonial struggles vis a vis the USA, its upcoming elections and its ongoing imperial decline.

Overviewing 8 scenario / theses on the impact of different presidencies, the attacks on anti-imperial struggles, in particularly in Venezuela, the need for different epistemologies of struggle and decolonisation, Grosfoguel puts forth a powerful vision of the future of resistance.

Download the paper here, or read the full text below.

[As a continuation of the monthly conference “Ciclo Internacional: Nuestra America en los Planes del Imperialismo” (“International Colloquium: Our America in the Plans of US Imperialism), in the event “Una Mirada desde América del Norte” (A Gaze from North America) celebrated on August 25th, 2020, by the Caracas Movement of Social Scientists “Simon Bolivar,” we share the lecture delivered by Ramon Grosfoguel entitled “8 Theses on USA Imperialism and Anti-Imperialist Struggles in the 21st Century.”]

Thesis 1: The cycle of American hegemony in the world-system has entered into a terminal crisis. The American hegemony that began shortly after WWII in 1945, has come to an end in 2020. The new center of the capitalist world-economy has shifted towards China. With the highest death toll in the world and the more than 50 million people having lost their jobs over the last 12 weeks, the United States of America remains the epicenter of the Covid-19 pandemic as well as the epicenter of a Global Great Depression of global capitalism.

Thesis 2: In the long run, the decline of U.S. empire is good news for the world at large, but in the short run bad news for Latin America. After losing the wars in the Middle East, and after having lost the trade war with China in Africa and Asia, the U.S. empire has retreated to the only zone that remains, its historical periphery: Latin America and the Caribbean. This means that as the fall of empire accelerates, U.S. foreign policy in our region will be more hawkish and more aggressive. The empire seeks to monopolize the markets and natural resources of the region and it looks to recuperate the countries it has lost to preserve and hold onto its imperial status in the world; hence the wave of soft and hard coups d’etats of the last decade, the last ones being against the government of Evo Morales in Bolivia last November, and the 4th Generation War against Venezuela.

Thesis 3: Over the course of the next few months, Venezuela will experience great tension. The Trump administration is coming up against an election in which it fears losing. In the midst of the presidential election, the administration, in an act of desperation, is using Colombia, with its neocolonial, narcopolitical, and parapolitical puppet government and neighboring neocolonial governments to escalate tensions and if possible manufacture a conflict that will divert attention away from domestic issues. This has always been a classic move on the part of US empire: diverting the discussion of its internal problems through warlike adventures abroad. If in the Middle East they deployed the rhetoric of “Islamic terrorism” to justify their imperialist state- sanctioned terror to destroy countries and murder millions of human beings, in Latin America they use the rhetoric of “narco-trafficking.” We have already witnessed their use of “fake news” to invent a cartel (the “Los Soles Cartel”) and accused President Maduro along with other members of the Bolivarian government of heading the cartel. Using this false accusation, the USA emited a warrant calling for the arrest of the Bolivarian leadership in Venezuela. This is all a pretext for global public opinion, but above all, for public opinion consumption inside the empire. Thus, the war of information becomes fundamental and we must brace ourselves for the worse so that we are met with no surprises.

Thesis 5: These two versions of white supremacy constitute the two different responses to the fact that White Americans will soon become a demographic minority within the next two decades. Latinxs are the fastest growing population. The response on the part of Trump’s version of classic apartheid is to put up a wall on the southern border to stop the Latinx demographic growth. The liberal multicultural response is to give the empire a multiracial face by integrating elites from racialized groups into the administration while the white racial state and the white capitalist elites continue to rule over and further impoverish and exploit the Black and Latinx populations which the integrated elites claim to now represent. This is why we now have Black and Latinx political elites, a former Black President and today a female Black vice-presidential candidate with no significant change in terms of race relations, capitalism, or imperialism in the United States. What is important to note here is that these two versions of American White Supremacy are simply two sides of the same coin. The differences are secondary and relate to the domestic politics of empire. As for the imperialist foreign policy there is no difference. For this reason we should have no illusions about any American president: be it Donald Trump’s version of classic apartheid or Joe Biden’s version of liberal multicultural neo-apartheid. In its decline, the empire’s aggressive policy toward Latin America will intensify, above all against Venezuela, regardless of who wins the presidential elections. As long as the WHITE house continues to be WHITE, it matters little who occupies the presidency. The state will remain a white supremacist, imperialist, and racial capitalist institution.

Thesis 6: The demographic growth of non-white people is slated to be a majority inside the empire in the next 15 to 20 years and has the potential to strengthen anti-imperialist struggles within empire and move towards a decolonization that can put an end to the imperialist barbarity of the U.S. racial capitalist state, in hopes of transforming the country into a civilized member of the international community that behaves itself in solidarity, peace, and equality with the rest of the peoples of the world. These struggles have been rendered essentially invisible outside of the United States as a result of a media blackout. But regardless, these anti-imperialist movements exist inside the empire and contain a lot of strategic potential. Let us remember that the war in Vietnam was won not only through the heroic struggles of Vietnamese people but also by the mass anti-war mobilizations that occurred inside the empire. The empire will only fall as a result of the efforts made by anti-imperialist struggles within its borders joined together by efforts of anti-imperialist struggles abroad.

Thesis 7: Facing the 21st Century, we cannot conceive of anti-imperialist struggles without coordination with anti-imperialist struggles inside of the US empire. In the 21st century, the empire is torn between white supremacy in either of its two versions and the struggle for the decolonization of the empire from within. The Latinx population along with other groups inside empire, such as Black people, Indigenous people, and migrants are strategic. Demographic changes open up a decolonial potential. This is not automatic as we have seen with the Obama Presidency, where imperialism and the racial state did not change. It is about organizing a political project towards the decolonization of empire from within, and in solidarity with other peoples, build an anti-imperialist movement that will bring an end to the empire.