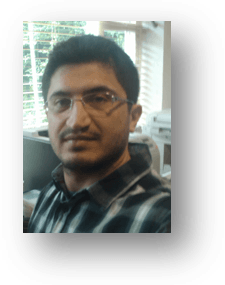 The Organization for Economic Co-operation and Development (OECD), one of the most prestigious economic clubs in the world, was founded in 1961. It currently has 31 member states, most of them EU countries and other developed countries, including the USA. The OECD maintains 60 percent of the world’s wealth. The existence of the organization is a controversial issue as the concept originated in 1948 with the aim of overseeing the distribution of the post-World War II Marshall Plan. It has been argued that the US, having shown its military might to the world by defeating the powerful German army in Europe and dropping nuclear bombs on Japan, then progressed to the economic phase of its drive towards world hegemony through the introduction of the Marshall Plan. US economic domination over Western Europe and pro-American peripheral countries was the aim.

Critics have also argued that the aid provided by the Marshall Plan did not find its way to the people in need, but rather served to strengthen the position of pro-American governments who squandered millions of dollars and thus corrupted the entire European political structure. Some of the aid was also used by European countries, such as France and the Netherlands, for example, to support their colonial presence in South East Asia.

The OECD claims that it “brings together the governments of countries committed to democracy and the market economy” in order “to help governments and society reap the full benefits of globalisation, while tackling the economic, social and governance challenges that can accompany it.” Its values are stated as “respect for human rights… commitment to democracy [and] the principles of the United Nations”.

Although the OECD has long been criticized for its commitment to US hegemony in the economic arena, it has never been blatant about breaching its own fundamental principles as well as international law; until now.

On the 10th May 2010, the members of the organization voted for the accession of Israel, which has been seeking to join the OECD for 20 years. Due to Israel’s egregious human rights records and belligerence towards the Palestinians and neighbouring countries, the OECD had previously denied Israel admission to the exclusive club. That all changed on the 27th May when ministers of the member states concluded the process to have Israel as a member along with Slovenia and Estonia.

There is no immediate benefit for Israel through its OECD membership apart from a morale boost, but there will be long-term advantages for the Israeli economy. It is very likely, for example, that as a result of the accession, Israel’s credit rating will be upgraded, making it easier for Israeli companies to raise funds and obtain grants. The timing of the accession to the OECD is especially significant for Israel as it comes at a time when the Jewish state has started to feel the heat of the international economic boycott campaign and its human rights abuses are under intense scrutiny.

Naturally, the accession delighted Israeli Finance Minister Yuval Steinitz. He said in a radio interview, “[OECD membership] is a historic success… because it gives legitimacy to Israel as an advanced and developed country.” Unfortunately, membership of the OECD not only gives legitimacy to Israel’s economic prospects, it also gives a sense of legitimacy to its illegal occupation of Palestinian territory and Syria’s Golan Heights, and the Jewish settlements therein. It has also given legitimacy to the dual system – called apartheid by many – operated by the Israeli government which discriminates against the Palestinians and Israel’s Arab-Palestinian citizens.

A barrister and renowned expert on international law, Guy S. Goodwin-Gill from Oxford University, presented his legal opinion before the OECD in an attempt to warn of the dreadful repercussions of Israel’s admission to the organisation. He averred that Israel’s accession “raises serious legal concern for all states party to” major international conventions: the 1949 Fourth Geneva Convention, the Hague Convention, Regulation of 1907 and, of course, customary international law governing occupation. In addition, Mr Goodwin-Gill warned that the member states should take into consideration the Advisory Opinion of the International Court of Justice in Legal Consequences of the Construction of a Wall in the Occupied Palestinian Territory. The OECD took no heed of the warnings of Mr Goodwin-Gill and many activists and NGOs around the world which campaigned against Israel’s admission.

Israel’s economic statistics submitted to the OECD included the economic activity of Israeli settlers in the occupied West Bank and Golan Heights and excluded the Palestinian population. This undoubtedly contravened EU policies as these settlements are illegal under international law.

Further, prior to the announcement of Israel’s accession, a leaked report from the Alternative Information Centre documented that the OECD had asked Israel either to include the Palestinians and the settlers in the West Bank, or exclude both groups. The same request was made for the Golan Heights. However, according to the same document this issue was not considered an obstacle for Israel to become a member of the OECD. The proposed solution allowed Israel to submit the requested data one year after joining the OECD. This means that as a full member Israel will now have the power to veto the demands of the OECD and thus avoid submitting updated figures about the West Bank and Golan Heights.

Shir Hever, a Jerusalem-based economist, exposed the political legerdemain that the OECD and Israel performed in the accession process. He disclosed that the OECD omitted the four million Palestinians living under the Israeli occupation and accepted Israel’s population as seven million. Both the OECD and Israel wanted to lower the population figures by omitting the Palestinians, so that the disproportionate distribution of wealth would not be an obstacle for Israel’s accession, which according to BBC has the highest poverty level among member states.

The Geneva Convention binds Israel to have responsibility for the economic well-being of four million Palestinians who live under occupation but Israel denies Palestinians their rights as occupied subjects. By allowing Israel to join the OECD, the international community is basically giving legitimacy to Israeli atrocities and discrimination against the Palestinians.

In its assessment of Israel’s socio-economic situation the OECD acknowledged that Israeli laws are essentially discriminatory; there are currently thirty such laws that give privileges to Jews over non-Jews. These laws alone should have been enough to disqualify Israel from OECD membership as they breach the core values of the organisation and its supposed “respect human rights” and “commitment to democracy”.

Finally, as has been affirmed by the Russell Tribunal (International War Crimes), European law forbids European countries from recognizing the Israeli occupation of the Palestinian territories. However, by granting membership to the OECD, the member states have given credence to the economically apartheid regime. Also, by acknowledging indirectly the illegal occupation of the West Bank, Gaza Strip and Golan Heights, they in fact are complicit in Israeli war crimes documented in the UN’s Goldstone Report.

OECD member states, especially the EU countries, which have always championed human rights and democracy, have now committed a grave breach of international law as well as the core principles of the organisation. This has revealed once more their hypocrisy and vulnerability toward pressure from the US-Israel alliance.

Unsurprisingly, Turkey was the only OECD member state to protest against Israel’s admission. Although, the Turkish government yielded to vigorous US pressure and did not actually veto Israel, it had the courage to voice the concerns of the Palestinians just before the voting took place at the OECD meeting. Turkish Prime Minister Recep Tayyip Erdogan read out his country’s official OECD statement personally to the members of the Islamic Human Rights Commission-led delegation of which I was part, in a meeting at the Dolmabahce Palace in Istanbul.

The statement included the demand that “Israel must adhere to the principles of the OECD and bring an end to the violation of the international law. Therefore, as it is stated in UN resolution 1860, Israel must immediately stop the siege of Gaza and the tragic human rights abuses of the Palestinians. The settlement policy of Israel in the West Bank and East Jerusalem is unacceptable for us. Israel must immediately halt these activities and any other policies that may disrupt the wellbeing and harmony of the Palestinians… In this regard, we want to emphasize that the acceptance of Israel into the OECD should not be considered as a legitimization of the occupation.” [sic]

It was obvious from Mr Erdogan’s words that there was tremendous pressure coming from the US and European countries that Turkey was not yet ready or able to ignore. However, it was also apparent that there was no substantial counter-pressure or support from the Muslim world that would have convinced him that the time to stand up to the US had arrived. 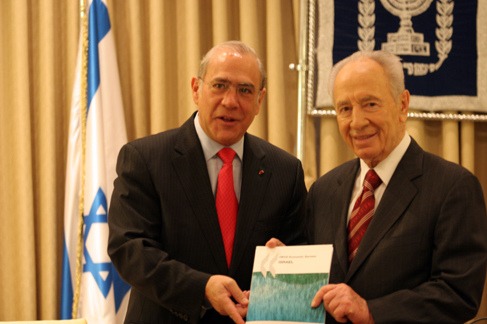