Opening Shots
There are many ‘radicalising’ moments in our lives.  The very first for one of us was joining the anti-Vietnam war movement whilst at Berkeley, for another it was watching the Brixton riots on the UK national news.  For both of us, prevailing language – from the BBC News to the Republican and Democratic war rhetoric and its popular opposition amongst veterans against the war – belied cultural values of superiority, and exposed our own beliefs hitherto, as having internalised a sense of inferiority.  Suddenly we no longer felt that we were naturally some way down the teleological ladder that defined progress, development and all things normative in the cultures we found ourselves in, against the cultures we were defined as coming from.

Our communities of radicalisation, include decades down the line many members of governments, think tanks and academia in the USA and UK (elsewhere even), parliamentarians and voguish civil society leaders whose journeys could just as easily have been ours…

The journey from London and San Francisco to political Islam, Islamism or just Islam for two of the six of us who founded the Islamic Human Rights Commission (IHRC) back in 1997  is not a reflection on IHRC’s ethos, which is simple: to stand up for the oppressed whosoever they are and whomsoever oppresses them.  It is perhaps that simplicity or more specifically its source of derivation that has attracted the label of ‘Islamist’ to the organisation, its work, officers, volunteers (some of whom are not even Muslim).  It starts with the Quranic verse:

It’s an important concept that makes IHRC’s work applicable not only to Muslim constituencies, but reflects universal concern that imbues Islamic notions of duty – an important and politically dynamic aspect of the religion that is often overlooked (maybe deliberately so) by those amongst political and cultural elites, who decry Islamic notions of ‘ummah’ as chauvinistic and other aspects of the religion as particular and antithetical to reason and right and all else that the Enlightenment (supposedly) gave (European) humanity.

Working from the ground – advocating for prisoners in various countries, victims of discrimination, writing about and interpreting human rights theories and laws, and trying to apply them and make them relevant for the communities who desperately need that discourse, has given us an insight into how languages of Islam and non-Islam work in a global political culture of polarization and a global sub-culture where the voiceless and oppressed struggle to articulate their very real grievances and change the way they are defined by language as culture, law, policy and war.

Journeys: Leningrad
At the Piskariovskoye Memorial Cemetery circa 1984, I (Arzu) who understood that the USSR had fought against Nazi Germany was still astounded to find that upwards of 700,000 inhabitants of Leningrad died during a 900 day siege of that city.  Unnamed, and buried en masse, they are still remembered.  Communism came and went, but the pain remains in St. Petersburg.

Standing in the same place in 1989 with a group of sixteen year old, high achieving British students, from the same school as me, I was nauseated to hear them say they didn’t realize the ‘Russians’ were on ‘our’ side in the war.  They just couldn’t believe that communists fought alongside ‘us’.  The group was very multicultural, but the belief was very British by that time, the glory days of rampant Thatcherism and Reaganism, where even the Soviet Leadership felt it needed to define itself as Westward looking.

It’s the same belief that fuels the lack of understanding of Muslim and other non-Western responses.  After the 9-11 attacks, there were spontaneous shows of solidarity by Iranians with the victims, people lighting candles in the street and praying for the victims, statements of censure from the leader of Hizbullah, yet the enduring image of Muslim response was that of an unfortunate Palestinian woman celebrating what she thought was the assassination of George Bush (a celebration that many in the secular, Western anti-war movement of today may well join in should it happen).

It’s not that the language is corrupted or corrupting, it is the refusal to share the language by the powerful with the powerless.

Not Lost in Translation
Back to the two of us.  Two generations are reflected in these notes, but many signifiers are the same – Ernesto Che Guevara the man and the T-shirt, and the failure to get round to watching the Motorcycle Diaries… is but one of the lexical themes of our lives that has brought two ‘Islamists’ together.  The two of us – significantly different in age, ethnicity, class, and even countries of birth and upbringing – have travelled shockingly similar paths to our current habitation of the world of undefined ‘Islamism’ and every other pejorative  tag that can be applied by right wing  think tanks and their strange fellows of the bed amongst the radical left.

And here is the crunch…

It is often argued that Islamist movements are too diverse to have one label (we agree) and that their policies and ideas would be more easily understood with some better culturally sympathetic translation.  Thus the indigenous movements of Palestine and Tunisia can (and have tried to) explain themselves in terms of democratic aspirations in a manner that those brought up in Western traditions of democracy can relate to.  This would make more sense if Western traditions of democracy had a universal model that other aspirations can be measured against.  One of us just having studied the government and democracy of Belgium is seriously exhausted, and is still struggling with America and Super Tuesday.  First past the post is pretty easy in comparison, as was the Palestinian Authority before Bush et al decided that a government that reflects the will of the people is anti-democratic and effectively appointed another government.

Whilst critiquing, various Marxist and critical schools of international politics will point out the heightened state of consciousness that the oppressed have to see the truth of any situation…  it comes from Hegel with Marx’s additional explanation.  No thought of Shariati, no idea of mustadhafeen.  Yet the Islamic concept revived with the Iranian revolution, is lost.  The idea that they may say substantially the same thing lost at the side of a mass grave in Leningrad…

Old Revolutionaries Die Hard
For another one of us (Massoud), it wasn’t enough of an argument that many Americans were being slaughtered therefore the war was wrong.  Wrong argument then, wrong argument now.  The primary slaughter was of a people of another nation, and for that reason, back in ’68, “We were all Ho Chi Minh”, and for the same reason in 2006, aside from any other affiliations the authors may have, we authorised IHRC to add its name to the posters of dead and injured Lebanese children during the 33 day war, because then and now, “We are All Hizbullah.”  The Spectator and various parts of the right wing press declared that this was a sign that an Iranian backed spate of terror attacks on the UK were imminent, citing in particular the posters and IHRC.  They failed to note that Hizbullah flags at said demonstrations were sported by many including orthodox Rabbis, and the now infamous banners held by amongst others middle class English women appalled at the slaughter.

This is where the subculture exists, because increasingly people do understand that Islamists speak the same language and that actually sometimes the language of normativity starts with them.  Islamism doesn’t start with Vali e Faqih or Khilafah, it starts with the oppressed trying to (re)gain control over their lives and destiny without becoming part of the system that created that inequality, that oppression.  In majority Muslim countries, it can reflect the popular rejection of right wing military (and pseudo military) regimes, so-called left wing revolutions that have led to bloody killings of political opponents of various backgrounds, and monarchies of the modernising (Pahlavi) or traditional (Saudi) forms of repression.

Islamically oriented movements in minority situations sometimes reflect or sympathise with some or other of these movements, but they also have an agenda of their own.  Whether they aspire to political integration like Christian Democratic parties or emulate the Zionist lobby, or indeed rewrite the script of human rights to reflect a more universal understanding of justice, these movements speak, write and engage in ways that can be understood by those who want to understand.  Nothing is lost in translation because there is nothing to translate.

The work of IHRC is testament to at least some of that in that its officers and supporters come not only from different Muslims schools of thought, they reflect Muslims and non-Muslims from different political and ethnic backgrounds, classes and travellers on different and similar roads to radicalisation.  Whether it’s via Brixton, Berkley or Baghdad, some things speak across borders.  It is a revolution in itself.  The question is not how to make ‘Islamism’ whatever that may be, more accessible – it already is.  The question is what sort of confrontation between those who understand its various forms and those who refuse to listen to it will take.  That in large part will be determined by the intransigence of the powerful – and no amount of talking can change that without the powerful’s inclination to listen honestly. 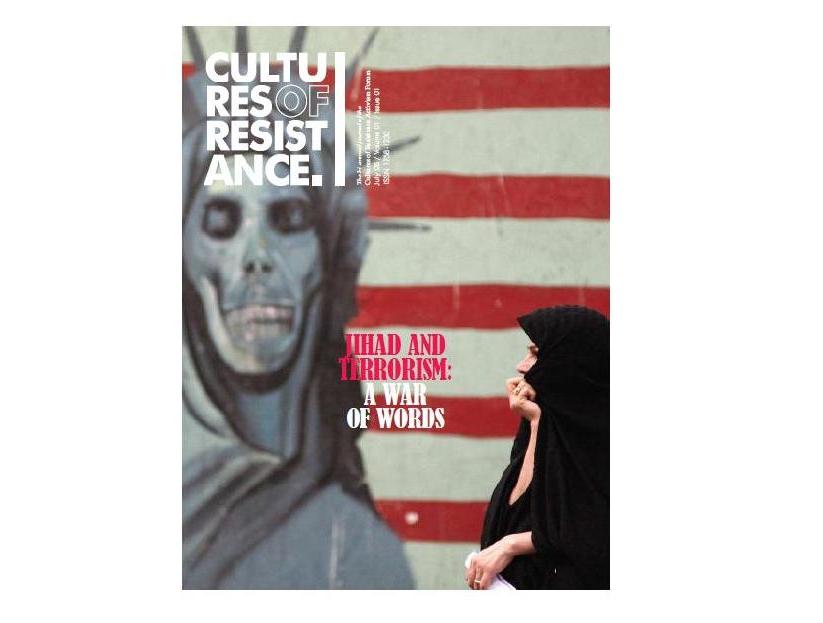 First published in Cultures of Resistance Volume 1, Issue 1 ‘Jihad and Terrorism: A war of Words’ July 2008.

Nigeria – Support the oppressed of today this Ashura