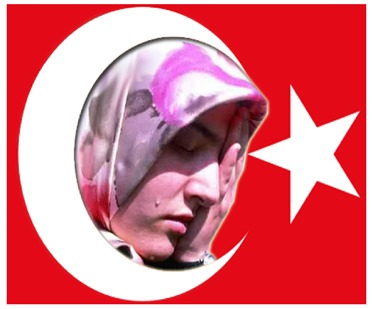 Their struggle began more than a generation ago, before the February 1997 coup process and well before the enactment of restrictions after the September 1980 coup. The unwritten practice of preventing women who wear headscarves from attending undergraduate and graduate institutions across Turkey was first publicized by an incident at Ankara University Divinity School involving Hatice Babacan, but many non-publicized incidents had occurred before then. Before the advent of any regulations or dress codes, unwritten customs and practices bred fear and discrimination, keeping women who wear headscarves out of the university gates.

As this struggle plays out over the coming months or even years — we can assume that the issue of taking the university entrance exam will also be addressed — and women wearing headscarves start to complete their higher education, a more challenging one will quickly surface. What will these new covered graduates do with their diplomas? Where will they be able to work? How will they apply their skills to increase their income and thereby add to Turkey’s economic growth? How will they gain employment in medical, academic and legal professions to provide much needed services to the people of Turkey? They face a number of barriers to employment, many times more difficult than overcoming than the university ban.

First, headscarf-wearing women are unable to work as civil servants, which accounts for about two-and-a-half-million jobs, according to a 2008 report prepared by Fatma Benli, attorney for Women’s Rights Association against Discrimination (AKDER). According to the report, this barrier would have to be addressed legally. Article 70 of the Constitution and Article 48 of the State Civil Servants Law sets out the requirements for civil servants without mentioning dress, but in the regulation on personnel dress the Official Gazette Oct. 25, 1982 stated that “heads shall be uncovered at all times.” Between 1998 and 2002 around 15,000 women have been fired or forced to resign because of the enforcement of this policy, and after 1999 women wearing headscarves were not permitted to take the civil servant entry exam. Moreover, there is no sign from the opposition parties, including the Republican People’s Party (CHP), that the removal of this restriction would be acceptable.

Second, there is evidence to support the notion that women generally (with and without headscarves) face discrimination in Turkey. Their participation in the workforce was 24.9 percent in 2006, the lowest in the EU, whose average is 49 percent. In addition, these women tend to have lower-paying, low status, traditionally “female” jobs. Many do piece or day work, often working part-time and without social security. Keeping such large numbers of women out of the workplace hurts the economy. Women make less money and therefore spend less money, lessening their support for businesses and weakening the economy.

Third, the private employment sector raises additional barriers to women wearing headscarves. Doctors, lawyers, dentists, pharmacists, academics and other professionals are prevented from working due to restrictions by their professional chambers and associations. Female lawyers who wish to wear a headscarf, including Fatma Benli, are not allowed in court, a legal restriction supported by the Council of State. In addition to the suffering of these professionals, the people of Turkey end up with less services, less doctors, and, once again, a weakening of the economy.

In addition to professionals, women who wear headscarves face perhaps the largest and most difficult barrier in white collar jobs. Preference is given to uncovered women for the better positions in private industry, such as office and information workers, as well as sales positions. The reasons vary from simple prejudice against covered women to organizations not wanting to be viewed as fundamentalist. According to a report by AKDER in November 2008, “Even in sectors for production of commercial goods and services, the employment level of the women who wear the headscarf is low.”

I have a friend who wears a headscarf who had to go to Cyprus for her college degree. She is bilingual — she helped me interview Turks for a book I am writing — but has been unable to find a white collar job for over a year. Often when she shows up for an interview, she finds that the position has been mysteriously filled or is no longer available. She has little recourse but to keep trying or to migrate to another country.

In America the most important legislation to fight discrimination was signed into law in 1964, approximately 350 years after the first slave ship landed on American shores. The battle to provide civil rights to African Americans was long, violent and almost without end. The Civil War was fought over the issue of slavery. It was America’s bloodiest war, resulting in 700,000 deaths, or 3 percent of the total population of the country. But even after that war, which resulted in African Americans being given their civil rights, African Americans still faced a horror story of prejudice and subjugation. Once Northern troops left the South after Reconstruction, anti-black laws and practices blocked African-Americans from succeeding for 90 more years, years of blatant segregation, inequality, wholesale discrimination, lynching and violation of voting rights. It was only after a sustained, non-violent and integrated civil rights movement, led by Martin Luther King Jr., that laws against discrimination, with real enforcement power behind them, were enacted. Even then, riots broke out across America in city after city in 1967. This resulted in increased funding for anti-discrimination administrative agencies at both the state and federal level. Anyone can easily file a discrimination complaint in the US today based on race, religion, gender, national origin, sexual preference and other attributes.

In the 1970s I spent many years as a civil rights worker investigating such complaints of discrimination for a state agency. If a person filing a complaint could show that there was differential treatment compared to another person who was not a minority — or a male in the case of a sex discrimination complaint — the employer had to prove that uniform, non-discriminatory treatment occurred or face the consequences of fines, reinstatement and changes in personnel policies. Proving discrimination is different from other legal proofs, and I have written two books about it to help employers end discrimination at work.

The goal of anti-discrimination laws in the US was not to change attitudes against African-Americans or prejudices against women. Instead, the objective was to change behaviors in the workplace. In the last 50 years tens of thousands of cases have been filed and litigated. The result today is that employers do all they can to avoid preferential treatment of one group or the other. The laws worked, and they worked because of tough and free enforcement by administrative agencies. Making discrimination against the law without enforcement, like the laws passed after the Civil War in America, did nothing to end discrimination on its own. It took about another hundred years for real anti-discrimination laws to be passed and enforced, after a long civil rights movement

Is Turkey ready to implement a remedy for discrimination against covered women like the American experience? I doubt it. The reason: The American civil rights movement was the result of a long political struggle that mobilized millions of people throughout the country to bring about change. African-Americans and women did not sit back and wait for one political party or another to effect change, or for an agency like the Higher Education Board (YÖK) to send a letter. They got organized, influenced elections directly, exposed discrimination, fought cases in court, ran for elections, and put real political pressure on state legislatures and the US Congress. Waiting for the government to act was not enough to bring about landmark legislation with real enforcement power and supportive agencies to handle and investigate complaints, and go to court on the behalf of complainants if necessary.

Think of it: 18 million women who choose to wear headscarves. That is potentially a very significant political force but one that is not yet fully organized or led. Women who choose to wear a headscarf should consider getting better organized and involved, perhaps even forming their own political party, to influence the passage of anti-discrimination laws. If this force were ever to get organized, on the model of the US civil rights movement, it could bring about the landmark legislation and sweeping changes necessary to enable covered women to work in a non-discriminatory workplace environment. It could bring about behavior change in the workplace, compelled not by changing attitudes only but by the law. That type of change would also bring about more integration of covered women into the mainstream of employment and would support non-covered women as well, providing Turkey with a richer and more productive economy and society as a whole.

However, women who want to wear headscarves must take their struggle into their own hands and get involved in the political process. Waiting for other women, or men, regardless of political affiliation, to bring about real change, to truly reward their attainment of a university education, will unfortunately not be enough.