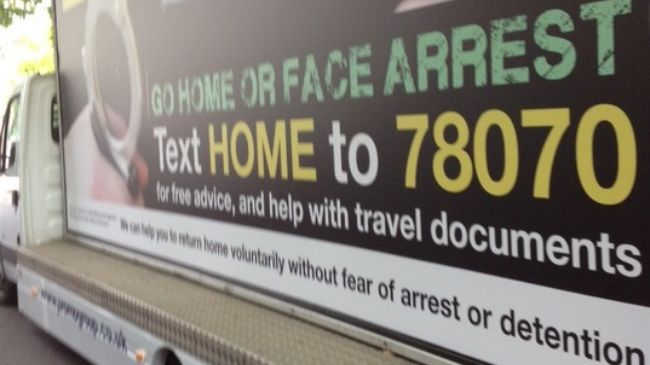 In a press release on its official website, the London-based Islamic Human Rights Commission (IHRC) said the demonstration will be held on Sunday, September 1, under the slogan of ‘One London Against Hate’.

“We believe that Britain is better off as a multicultural society and that most people do not want to see a rise of scapegoating, prejudice and hatred,” anti-racist activists said.

There will an anti-racist convoy of vehicles assembling at Tower Hamlets in East London and travelling through the city to condemn the Home Office’s campaign urging illegal immigrants to leave Britain.

The recent deployment of vans across the streets of London with “go home or face arrest” message has been criticized by human rights groups for creating climate of racism and xenophobia in the society.