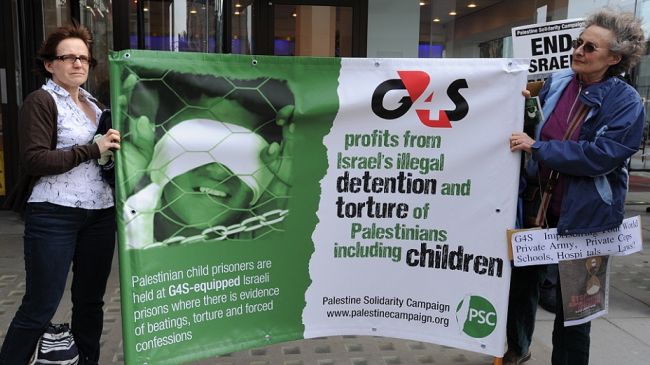 The demonstration titled “Free the Hares Boys”, is organized by the Islamic Human Rights Commission (IHRC) and will be held outside the G4S office in London on Friday 30th August between 5:00 and 7:00 pm.

The protesters aim to condemn the company’s complicity in the torture of Palestinian children including Mohammad Mahdi Saleh Suleiman and the other ‘Hares Boys’, who are facing life imprisonment for a crime that never happened.

G4S has been heavily criticized for its cooperation with the Israeli regime, including providing equipment and services to Israeli checkpoints, illegal settlements, the apartheid wall and jails where Palestinian political prisoners, including children, are held in violation of international law and subjected to mistreatment and torture.

Earlier this year, British activists took part in protestss outside the G4S headquarter, in a bid to urge the firm to discontinue all its business with the Tel Aviv regime.