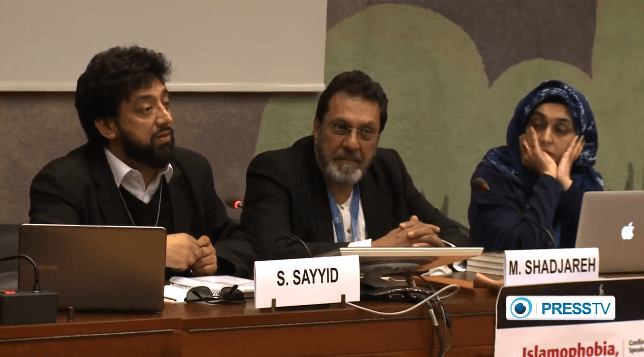 Islamophobia has become an increasing and spreading global issue affecting millions of people across the world. The UK-based Islamic Human Rights Commission has come to the United Nations in Geneva where it is highlighting the issue of Islamophobia at the 27th Human Rights Council. While panelists discussed how the media and politics fuel Islamophobia, they also talked about how a growing Muslim identity is spurring on a backlash. Over the last decade or more, there has been a real increase in Islamophobia. It peeks after events like 9/11, but it has also steadily increased. The Islamic Human Rights Commission’s research shows that consistently about 80% of Muslims in Britain say they have been victims of Islamophobia. The hope is highlighting this issue at the United Nations will bring greater understanding and a greater ability to tackle this global phenomenon.