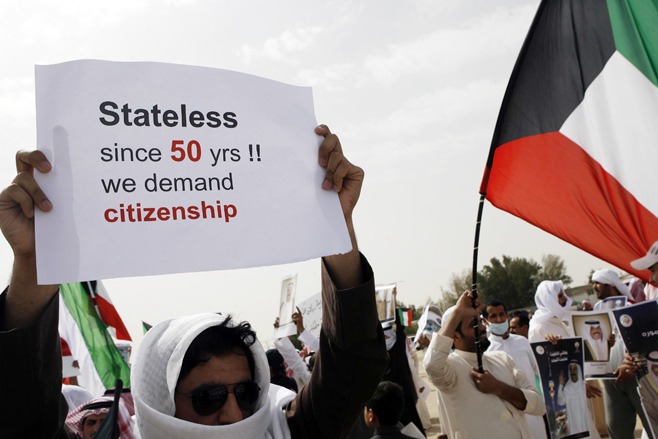 The government of Kuwait is considering granting the Bidoon — a group of stateless Arabs descended from nomadic Bedouins — citizenship in Comoros, an African nation that is nearly 3,000 miles away from their ancestral homeland.

In April, the Kuwaiti government estimated that there were 108,000 pending applications for citizenship from the Bidoon — a group they label “illegal residents.” According to a 2011 Human Rights Watch report, the Bidoon “live under the radar of normal society, vulnerable and without protection.” They have historically been denied essential documentation by the Kuwaiti government, limiting their access to education and employment.

The Human Rights Watch report criticized Kuwait for denying citizenship to the Bidoon, saying the country has instead created, “a straightjacket of regulations that leave them in poverty and extreme uncertainty.”

Maj. Gen. Mazen al-Jarrah, an official in Kuwait’s interior ministry, told a local newspaper Sunday that the citizenship process will begin when a Comoros embassy opens in the Gulf state. The government will offer residence permits to Bidoon who accept the offer, allowing them to remain in Kuwait indefinitely, but forcing them to renounce their claims for Kuwaiti citizenship.