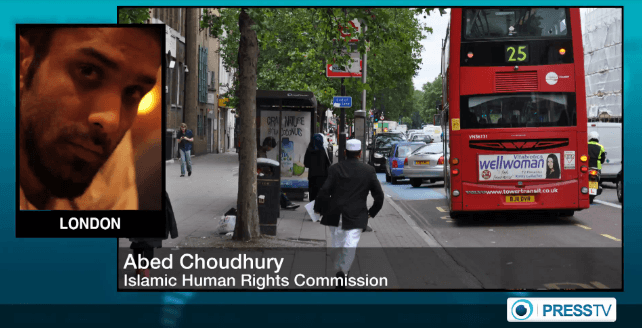 Abed Choudhury, from the London-based Islamic Human Rights Commission blames a government and media discourse for “fueling the negative conception of Muslims within wider society.”

In his exclusive interview with Press TV, Choudhury said the report shows “the institutionalization of the anti-Muslim hatred in the UK.”

“This can be directly linked to the government and the media discourse discussing Muslims’ loyalty and presenting Muslims as the other, as the fifth column and as a threat to the UK”, Choudhury concluded.