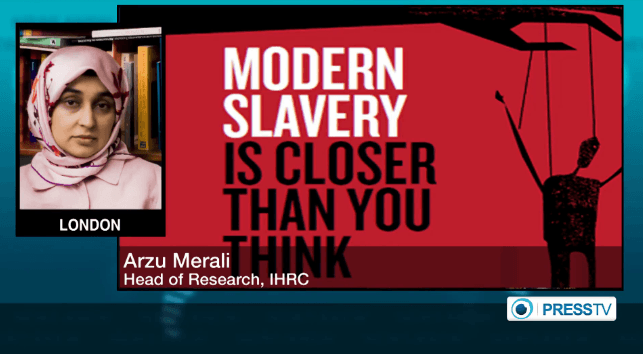 Her comments came against the backdrop of an official report suggesting that up to 13,000 people across the UK were victims of modern slavery in 2013, four times more than previously estimated.

The UK Home Office released the figures on Saturday following a study that aimed to calculate the number of previously unreported modern slavery victims.