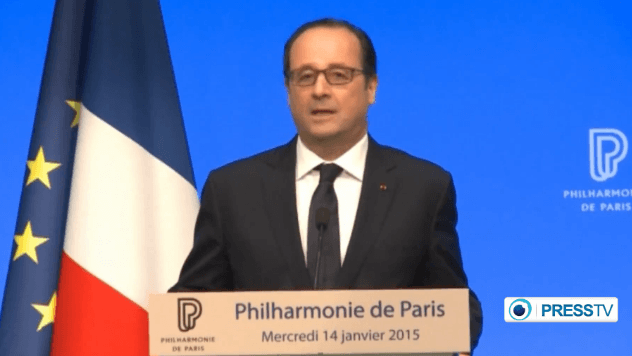 Arzu Merali said in an interview with Press TV from London that the remarks by President Francois Hollande would fuel Islamophobia across Europe and North America.

“I think the latest comments are just even more insult and injury,” she said, adding, “Discourse against Muslims in general over the last 15 to 20 year have been hateful, Islamophobic. It has been demonizing the Muslims.”

On Wednesday, the French satirical magazine Charlie Hebdo once again published a cartoon of the Prophet Mohammad on the cover of its new edition despite warnings that the move is provocative.

President Hollande has hailed the publication of a new edition of the magazine without commenting on its new anti-Islamic cartoon. Hollande said the weekly is alive and will live on.