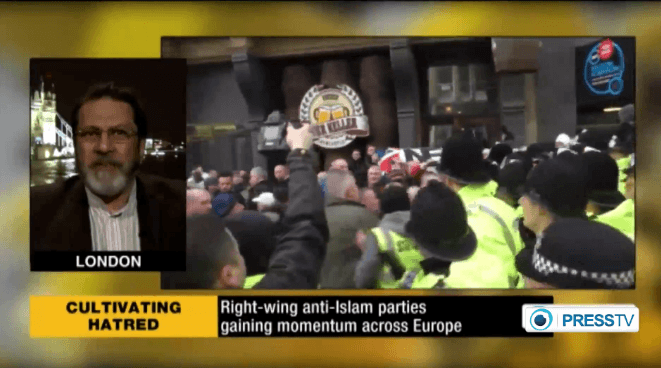 Shadjareh maintains that Islamophobia and Xenophobia have been the main factors behind creation of far-right factions such as the PEGIDA group, Lega Nord party and several other fascist and neo-Nazi groups across the United States and Europe in recent years.

He adds that some of these groups are systematically being supported and funded by the Israeli lobbies.

Hatred against Muslims and immigrants is even being promoted by mainstream media and tolerated by main political spectrum in the West, Shadjareh points out.

The analyst expresses strong fears that these fascists and neo-Nazi groups could prevail at a sensitive juncture of history when European identity and traditions are being eroded.

Watch the interview published on 1 March 2015 on Press TV