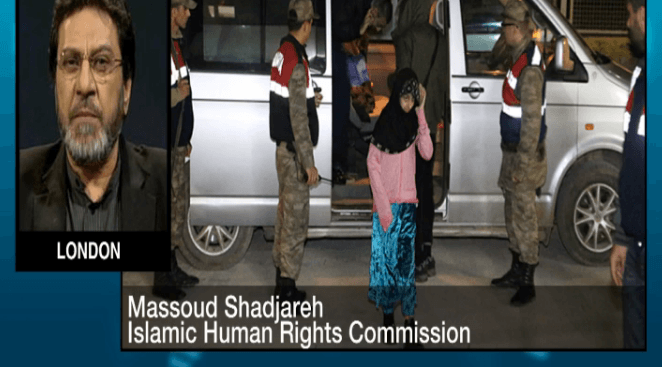 A Turkish armyÂÂ statement says the arrest took place near Hatay province close to the border with Syria. It is not clear why the group that reportedly includes three men, two women and four children, was trying to cross the frontier.

Sky News has quoted Turkish MP Mehmet Ali Ediboglu as saying that the detainees are being held at a paramilitary outpost and could ‘probably’ be deported.

This is the largest single group that has been stopped close to the Syrian border by Turkey that has been on the forefrontÂÂ of fueling insurgency in the Arab country.

Last month, three young British men were detained at the Turkey-Syria border after police received tip-off that they were planning to cross into Syria. Their motives, too, were not confirmed but the ISIL Takfiri terrorists believe to have been using social media to attract Britons. More recently a team of nine British medical students of Sudanese origin joined the group.

“It is very clear that there are a lot of grey areas and this unfortunately one could say is almost deliberate. We see the huge propaganda in promoting those rebels who stand against the Assad government as freedom fighters and there is no clarification as to what sort of opposition, is it acceptable, what sort of opposition is unacceptable?”, Massoud Shadjare from Islamic Human Rights Commission in LondonÂÂ told Press TV.