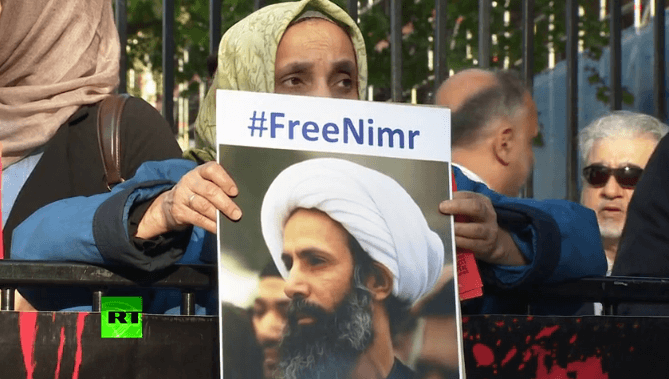 Human rights activists worldwide are demanding clemency for cleric Sheikh Nimr al-Nimr, sentenced to death in Saudi Arabia for taking part in Shia Muslim minority protests in 2011. They warn the execution could inflame the whole of the Middle East.

The Islamic Human Rights Commission (IHRC) an independent non-profit organization based in London, have asked the UN to intervene and prevent al-Nimr’s execution. He is the most respected Shiite cleric in Saudi Arabia, where the majority of the approximately 18 million population are Sunni.

In their address they say: “It is a severe blight on the reputation of this office if it is not able to work to protect the rights of individuals to free speech, to protest, to practise their religion, to a fair trial, to not be subjected to torture, and the right to life.”

Despite global condemnation the forthcoming execution has been largely ignored by Saudi Arabia’s key allies – the UK and the US, nations that profess to upholding democratic values.