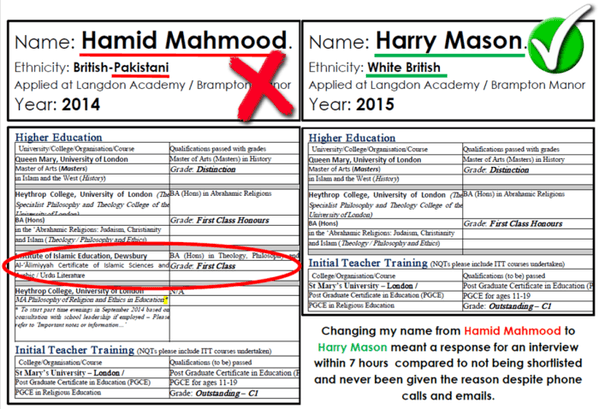 HIGHLY-QUALIFIED teacher Hamid Mahmood blew the whistle on Islamophobia in education recruitment procedures yesterday after changing his name to Harry Mason landed him an interview at a school that previously rejected him.

After failing to be shortlisted twice for a job at Langdon Academy in east London last year, Mr Mahmood decided to try to “whiten” his name and apply again.

In less than seven hours, “Mr Mason” had an interview offer, despite having exactly the same qualifications and even the same phone number and home address as Mr Mahmood.