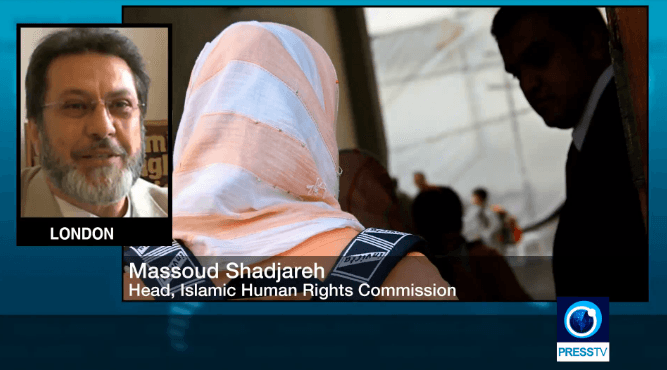 The demonstrators were carrying English flags and chanting racist slogans, while police made at least one arrest, RT reported.

Police said that fewer people than expected had turned up to the rally in the town center on Saturday.

Some of the protesters reportedly tried unsuccessfully to push against police lines.

The protest march was organized by a series of anti-Islam groups, which included All Football Fans/Firms Against Islamization (AFFFAI), the English Defense League, and Britain First.

Now Massoud Shadjareh, head of Islamic Human Rights Commission in London, says, “Unfortunately, we are seeing a lot of this promotion of hate and creation of otherness within the mainstream British society against Muslims.”

Shadjareh told Press TV that this sort of behavior “is not only going to damage the rights and the tranquility and civil liberty of Muslims, but indeed it’s going to affect the whole society.”

Author Evening: ‘Europe’s Fault Lines Racism and the Rise of the Right’ with Liz Fekete