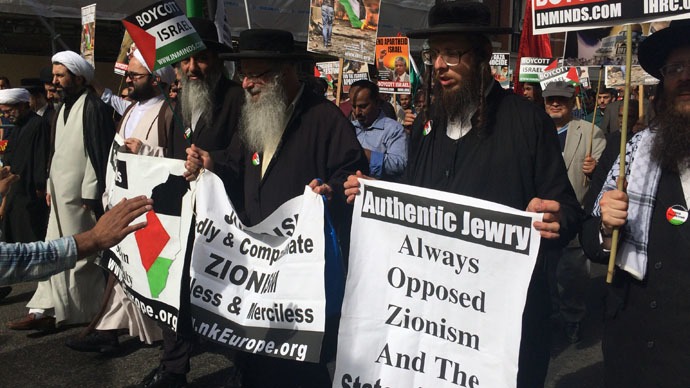 Palestine activists will highlight the BBC’s pro-Israel bias in an annual protest against the occupation of Jerusalem, which coincides with the first anniversary of the Gaza War.

Activists marched from the BBC’s Broadcasting House at Portland Place to the US Embassy in Grosvenor Square as part of Al Quds Day demonstrations, held annually on the last Friday of Ramadan.

The Islamic Human Rights Council (IHRC), which organized the protests, said the US Embassy was selected as a rallying point because of Washington’s “heinous support of Israel.”

Al Quds Day rallies take place across the globe, but are especially prominent in the Arab world where they can receive state support.