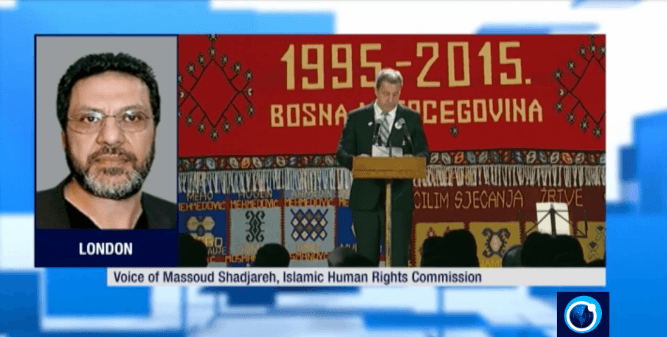 A rough transcription of the interview follows.

Press TV: Talk to us about this day and whether you believe the families of the victims have received the closure that they deserve, specifically now that some documents may hint that the decision by France, Britain and the US to halt the airstrikes against Serbian forces may have in fact paved the way for the massacre to take place.

Shadjareh: Unfortunately I think that there is really a lot still to be desired as addressing the real issue of what happened in the massacre and the genocide that took place not just in Srebrenica but whole of Bosnia.

The reality is that while the international community led by the United States and Europe banned and put sanctions on Bosnia, it in fact stopped them from defending themselves while they were massacred and there were rape camps and genocide and ethnic cleansing taking place and at the same time the Croats and others were being armed by the Europeans and their Russian allies and so forth.

So that was the reality at the scene but on top of that we saw over and over a sort of support that the allies and the NATO gave to the Serbs and Srebrenica was made by the UN a safe haven and by that definition the Bosnians were unarmed. All of their arms were taken away and the UN took the responsibility of safeguarding the lives of everyone but when it came to it, they handed them over to be massacred.