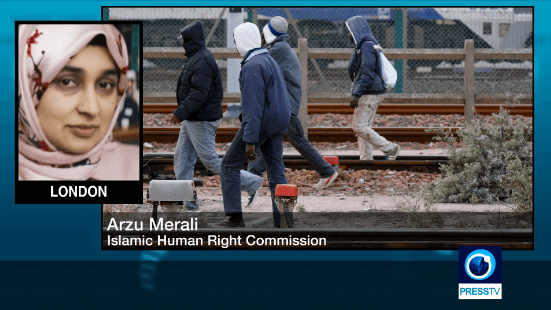 Peter Sutherland said the scale of the crisis is “exaggerated beyond belief” and being “calculated to inflame tensions.”

He slammed the Tory government for failing to tackle the poor conditions of migrants in the Calais camp.

“The first thing we have to do collectively is to deal with their conditions…Instead of talking about sending Gurkhas or building fences, we should be thinking of the humanitarian crisis,” Sutherland added…

The head of the Islamic Human Rights Commission also blamed the UK government and other Western states for giving rise to migrant crises by fueling wars in other countries.

“The migrant crisis is actually a crisis for migrants themselves, many of whom [are] fleeing wars in Syria, Libya that have been directly fueled or created by the United Kingdom,” she concluded.