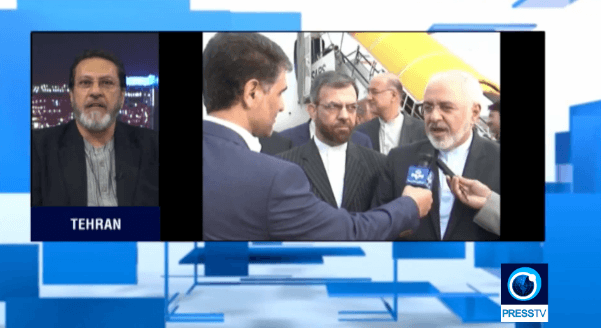 Press TV: Now Zarif has called for the full engagement of regional countries to counter violence and extremism. This is a theme that Iran has pushed for in the past as well. How necessary do you think it is for this to take place specifically as the region faces threats like the ISIL?

Shadjareh: It is absolutely necessary and absolutely it is a must. I think it would be very difficult to deal with the rise of this extremism and this Takfiri sort of ideology, which is willing to go and kill everyone on his path without coordination of all the nations and indeed willingness of all the local powers and local nations.

But having said that, I think Mr. Zarif has been very diplomatic. The reality is that there are many of the nations in the region like Saudi Arabia and others which are really part of the problem rather than solution. They are promoting the whole ideology of creation of otherness within family of Islam and indeed they are financing this sort of extremism not just in the region but right around the world. Even as far places as Malaysia and Indonesia, people are being sent to those regions to create this conflict and we are seeing the rise of Takfirism right across the Muslim world and as I said places like Indonesia which have been one of the most tolerant Muslim communities are now seeing this conflict created among them.