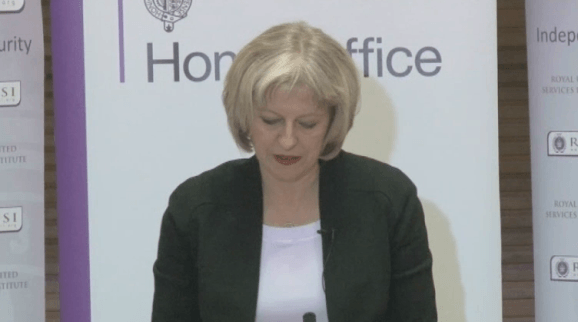 Home Secretary Theresa May says the ‘Counter-Extremism Strategy’ will “systematically confront and challenge extremist ideology.” Critics, however, have responded by calling it “incoherent” and displaying “a naivety about the nature of Islamic radicalization.” The strategy has been accused of “alienating” Muslims in the UK by the Muslim Council of Britain. It includes a full review of public sector institutions, including schools and the NHS to make sure they are protected from “entryism” or infiltration by extremists.

The government will also introduce ‘Extremism Disruption Orders’ to stop people from engaging in extremist behavior.

Tougher powers will also be given to media watchdog Ofcom, to take action against radio and television channels broadcasting extremist content.

The government will also increase its demands on Internet service providers (ISPs) to assist in removing any online extremist material and identify those who are responsible for it.

Prime Minister David Cameron said the plan was “comprehensive”, adding that, “it’s no good leaving this simply to the police or the intelligence services.